With a set list in their heads, the Aussie members of Jagwar Ma huddled together off stage at Mercury Lounge for a pre-gig pep talk before their first ever U.S. gig -- a sold out show early on a Monday night.  The crowd was eager to see the band live after spending a very reasonable $12 on tickets to hear music from the breakout debut album, Howlin.  And from the very first song fans were into it, clearly already sold on the group's infectious mix using vocal pop melodies over of synths and guitars.

I didn't realize these carefully crafted compositions would translate into one big dance party, as extended jams elongated the tunes in amped up live versions. The singles, "The Thow" and "The Man I Need," were let loose from studio to stage with explosive renditions.  Singer Gabriel Winterfield was a game frontman, gesturing along with the audience. Even when playing guitar, he kept up the constant movement on stage along with bass player Jack Freeman (frequently pogo sticking together).  Jono Ma looked more like he was performing a commanding solo dj set behind them, artfully manipulating his keyboard set up.  The sometimes simplistic lyrics didn't negate any of their musical aspirations, as repeated choruses, in for example "Let Her Go," just seemed to add to the fun of a sing along.

I wrote about my favorite track, "Come Save Me," back in July and yesterday the band released a video for it with appropriately psychedelic visuals.  Check it out below the photos and video from the show, (apologies for the sound being blasted out a bit but it's still fun to share the energy of the band!) 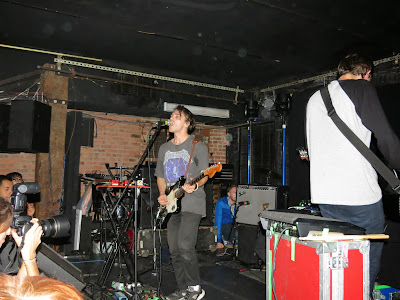 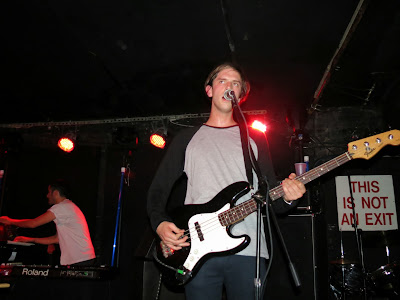 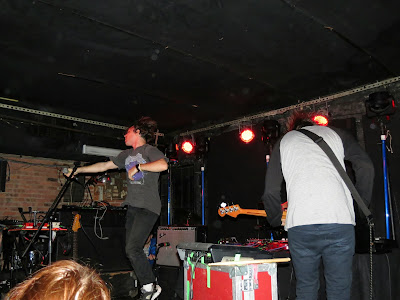 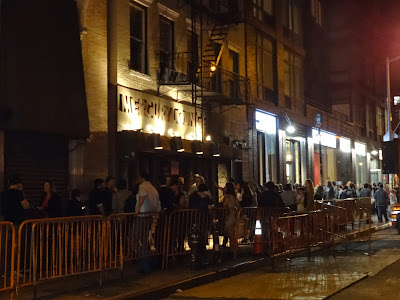