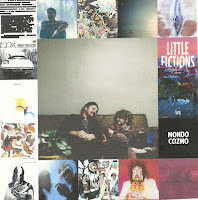 Here’s a playlist to get caught up on recent releases as well as others on the horizon. Check out new tunes from The Shins, Elbow, the xx, and Animal Collective along with up and coming bands like Day Wave and the latest collab of artists called LIV. There are also tunes from new musical projects by Michael Nau, Peter Silberman and Joshua Ostrander plus a cover by Nada Surf. Listen up on Spotify or as a YouTubePlaylist.

1. “Name For You” – The Shins
Songwriter James Mercer confidently returns to earlier Shins form with this swinging single “Name for You” appearing on an upcoming album, Heartworms.  This is the fifth album for the Albuquerque band since 1996.

2. “Here in Spirit” – Jim James
“Here in Spirit” features the plaintive vocal stylings of Jim James, the primary songwriter of Louisville band My Morning Jacket.  The song is off his second solo album since 2010, Eternally Even.

4. “Follow the Leader” – Foxygen
“Follow the Leader” is another overblown but irresistible song by L.A. band Foxygen, created by Sam France and Jonathan Rado in 2005. It serves as the single for their third album of psych pop, Hang.

5. “On Hold” – the xx
London band the xx is back with a third album since 2009. It veers away from what The New York Times once called "miserabilist," thanks to band member/producer Jamie xx’s infusion of beats to up the mood. Co-members Oliver Sim and Romy Madley Croft coo the lyrics back and forth in this single “On Hold” from the new release Trio.

7. “Sweep Me Off My Feet” – Pond
Australian psych rock band Pond, a collaborative music project, shares members with fellow Aussies Tame Impala. This stand alone single, “Sweep Me Off My Feet,” begins in a buzz of synths to expand into a meandering sonic journey of wavering melodies over a percussive landline.

8. “Shine” – Mondo Cozmo
Mondo Cozmo (a.k.a. Joshua Ostrander) is an L.A. based musician, visual artist and human rights activist who has released a series of songs. This cathartic single “Shine” imagines a worry-free world, complete with an uplifting sing along chorus.

9. “Dream Awake” – liv
Liv is the Swedish word for life, and this supergroup of musicians from the country (Lykke Li, Bjorn Yttling of Peter Bjorn and John, and Pontus Winnberg, along with Andrew Wyatt, of Miike Snow) churn out a grand vision for pop songs like “Dream Awake.” Li has described the vibe as a lovechild of ABBA and Fleetwood Mac.

11. “One Eye Open” – Trentemøller
Trentemøller is the musical moniker of Danish producer and multi-instrumentalist Anders Trentmøller, based in Copenhagen. “One Eye Open” showcases the haunting vocals of singer Marie Fisker – the first track Trentemøller worked on for the fourth album since 2006, Fixion.

13. “Laura Lee” ­– The Besnard Lakes
Montreal’s six-piece The Besnard Lakes recently released its sixth studio album since 2003, when it was formed by the husband and wife musical team of Jace Lasek and Olga Goreas. “Laura Lee” is a prime example of the ambitious sound of the band’s expansive songs.

16. “Where Is My Mind” ­– Nada Surf
Nada Surf singer Matthew Caws brings an enigmatic yet casual take on this cover of The Pixie’s “Where Is My Mind,” which was recently snagged to soundtrack a Samsung ad. The NYC indie band has released eight albums since 1992.

17. “Slips Away” – Peter Silberman
Peter Silberman of The Antlers has a new solo project with a debut album called Impermanence. He has brought the same restraint to songwriting after dealing with severe hearing problems, displayed here in the single "Slips Away."
Posted by JaneJS at 3:14 PM
Email ThisBlogThis!Share to TwitterShare to FacebookShare to Pinterest
Labels: Animal Collective, Day Wave, Elbow, Foxygen, liv, Michael Nau, Mondo Cozmo, Nada Surf, Peter Silberman, POND, The Shins, The xx, Trentemoller

Here's to 2017 -- New Releases Ahead by Favorite Bands 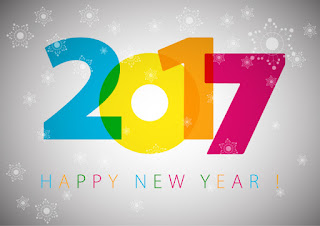 Out with the old and in with the new please! I'm getting another playlist ready for publication while drooling over this list of anticipated releases by some of my very favorite bands. Strange how only two announce a solid drop date: The Flaming Lips', Oczy Mlody, set to arrive next week on January 13 (just in time for my birthday weekend) and Elbow's Little Fictions is due February 3. Add in TBD albums from Spoon, Arcade Fire, Beck, Gorillaz, The National plus LCD Soundsystem, and that's more than half of "My Essential Music – Fave Band Playlists" post, an awesome lineup to be sure.

So here's to the clean slate of a new year with all the promise it holds and the days ahead complimented by a great soundtrack of new tunes – music from bands I love along with songs by ones I've yet to discover.  Follow me as newmusicmatters on Spotify as I add these albums to a dedicated playlist and more.