Love at First Listen – Smitten by a Song off a Compilation 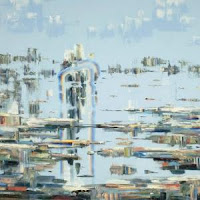 I love me a good compilation... so what if it's from Urban Outfitters? My new favorite song, "Plain Material" by Memory Tapes, was found at a link on the retail website -- link found here on my write up for popmatters.com

Posted by JaneJS at 8:21 PM
Email ThisBlogThis!Share to TwitterShare to FacebookShare to Pinterest

The Avon Theatre in Stamford, CT is presenting rare footage of the Rolling Stones during the Brian Jones years (1964 - 1969) this Wednesday night at 7 pm. This evening is hosted by Bill Shelley of Shelley Artchives, a filmaker who lists The Stray Cats and Joan Jett as subjects and now dedicating time to preservation of archival films. The organization also seeks to compensate the artists fairly during the process, always a good idea. Details are here:

After hearing the new pop sensation Kesha sing about how she wants her pick up boy to look like Mick Jagger on Saturday Night Live over the weekend, I was remembering how I once met the guy. It was around 1985 at a birthday party for my new husband's boss at a NYC music house. This being the 80s, the boss was big pals with Jon Taylor of Duran Duran who showed up with Mick Jagger. (Back then I decided I wanted to be a bass player like Tina Weymouth of the Talking Heads and got myself a Japanese Aria pro mini bass like Taylor used to play which is now somewhere in the basement. I had a hard time reading the bass clef and transporting things onto a guitar fret from knowing a piano keyboard but that's another story.)

Anyway, we were all to come in costume as the title of a song. We dressed in our best NYC chic black outfits and bought a pair of handcuffs at a magic store -- you can imagine the shop owner's look as we newlyweds made the purchase. It was to illustrate the current hit by Bryan Ferry, "Slave to Love" or Frank Sinatra's "The Tender Trap" as a back up. So Mick Jagger is wearing a pair of broken mirrored sunglasses. My husband is always good about waltzing up to celebrities, especially fellow musicians. I on the other hand, clam up even though I'm the more chatty of us by far. The chit chatting begins after introductions when Jagger wants us to guess what song he's portraying, "a Stones song" he tells us in his often-imitated accent. We racked our brains, how can we not know the answer basically growing up with the Rolling Stones playing record after record on every radio station there was?

"Shattered," he finally said with that famous grin. We had to admit it was the best costume at the party!
Posted by JaneJS at 9:07 AM
Email ThisBlogThis!Share to TwitterShare to FacebookShare to Pinterest
Labels: Mick Jagger, Rolling Stones

The third annual Record Store Day will celebrate independent stores across the country with appearances by bands, new releases and deals to be had at your local audiophile hangout. Them Cooked Vulture's Josh Homme is serving as the official Ambassador with a band issued special 10" vinyl record full of unreleased music. I'm more excited about getting my hands on a new Blur song after seven years to honor the day. Over 150 special releases are expected-- from Damon Albarn's other band The Gorillaz, to LCD Soundsystem, Muse, Modest Mouse, The Flaming Lips, Bruce Springsteen, The Rolling Stones and even John Lennon. Plus, there are scheduled appearances by The Smashing Pumpkins, Alice in Chains and others listed on the website http://www.recordstoreday.com

Call me old fashioned, but I still like to buy CDs. And waiting three days for Amazon or some other online source to deliver them to my doorstep just doesn't cut it. Going into a store, you have the opportunity to browse through other bands and pick up a compilation or new band you wouldn't otherwise. My husband works in NYC right by where the Virgin Megastore used to be downtown and I would always stop there on a visit to see him. I could also easily give him a list of things to pick up like he was stopping by a grocery store on his way home. I'd grab at the purchases like a kid with candy, unwrapping them eagerly to pour over the album art, lyrics and liner notes.

I have shopped Johnny's in Darien, CT over the years but when I called for a latest release recently the five copies were already out the door before I could get there. However going there is always a treat, especially when John Konrad is there you can leisurely talk music and listen to recommendations -- I was introduced to my fav band Spoon thanks to him. I just found out about Sally's in Westport by Googling record stores in the area. Sally White has been in business 25 years and took my name, noting what I was looking for even though I didn't find it (another new release sold out). But she promises to call me when the next item on my list comes in, priceless.


Buying songs online is one thing but when purchasing an entire CD it leaves me wanting. It may be economic and even ecologically correct with no packaging involved but I feel like I'm missing something. When I'm listening to a new release I have to keep glancing at my computer or ipod to see what track is playing. Also, having a CD in your hand takes me back to listening to vinyl and perusing a record cover as it spins, a handy a point of reference. And it's so easy to throw a CD in your car's stereo system and go, no wires needed to plug in and find a playlist off an ipod. Actually, my favorite way to listen to a CD for the first time is in the car (when I'm not driving of course) so I can read along with the lyrics. There's just something about music filling up a car as it's traveling that brings sweet bliss. Music can go anywhere with you now, just be sure to visit your local record store for your fill now and then.
Posted by JaneJS at 11:11 AM
Email ThisBlogThis!Share to TwitterShare to FacebookShare to Pinterest
Labels: Record Store Day

Here's another album preview on kcrw.com to enjoy at the link below, featuring the debut album Tourist History by the very young Scottish band called Two Door Cinema Club. Plus check out my write up about the band on popmatters.com and note that the group will be on Morning Becomes Eclectic on May 4th -- I'm there!

It's certainly convenient that this music blog has a similar moniker to another outlet for my writing on popmatters.com! Coincidence -- well it has to be because there was no forethought involved, a nice fit however. Here's my first blog about my love of internet radio at the link below.

Posted by JaneJS at 5:29 PM
Email ThisBlogThis!Share to TwitterShare to FacebookShare to Pinterest
Labels: KCRW, PopMatters 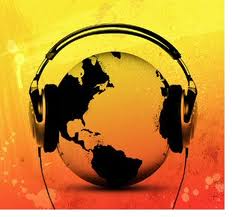 In a CNN interview last week, David Byrne remarked how he doesn’t listen to radio much anymore (the excuse he gave is because he doesn’t have a car). As a certified tastemaker over the years as a solo artist after leading the Talking Heads, it seemed funny to hear this from a guy who posts his personal playlist on itunes as Radio David Byne. I’m a huge fan, but it was just not what I wanted to hear, I know he’s a great supporter of new music from all over the world but you don’t need a car to listen to the radio. In fact, I have found my best source of finding new tunes listening to radio programs online.

I have always been on the hunt for something new to listen to and the radio has provided me with something new through the decades. From my tranister in my room or in the car listening to top 40 hits on NYC stations in the 70s during my childhood in suburban CT – try explaining the next generation used to fancy sound systems in cars (or at least ones that don’t add fuzzy or tinny sounds to the mix) that it was still awesome. There’s just something about the combination of traveling roads with a favorite tune playing. I tuned soley into the iconic station WLIR on Long Island in the 80s with its “Screamer of the Week” voted for by phone calls to the station. I’d sit by the radio with great anticipation of catching a listen in order to press record on a cassette player so I could play it over and over again, from UK bands like Squeeze or a new group called U2. My best tunes of the 90s and early this decade came from a station in Annapolis called WHFS, which I could listen to during visits to my parents who had retired to the Eastern Shore of Maryland. I could count on returning home with a fav new tune from Weezer or more obscure hits from Sebedoh or Eels.

Right when WHFS was calling it quits, I heard that a station I knew about from trips to LA was going online. The music producer Nic Hardcourt’s ‘Morning Becomes Eclectic” was streaming online with new tunes daily. I couldn’t believe was the option of listening live or on demand anytime – radio could continue to be my salvation, feeding me new bands and tunes for my own personal playlists. With some decent speakers attached to my laptop I was in new music heaven. I even had copy of Nic’s book Music Lust signed by him during an appearance in New York a few years ago; I even had a name for my attraction to having something to feed my ears.

Although the show’s reigns have been passed to Jason Bentley, it’s still the classic radio formula that makes it work. Take a knowledgeable dj who selects and spins the tunes with background on the bands plus any info on upcoming gigs or releases. I still catch it almost daily or archived online, especially enjoying the live sessions. While this fills my essential need for new tunes, I also enjoy more radio shows found more locally on the dial in the New York City area but also online: “Alternative Side” on wfuv.org and “Next Music” on wpeak.org. Back up lists of playlists and information at our fingertips online ful

I’m not talking about Pandora, the service which requires you to put in music you like and it plays you other music you might like. I tried this and there was nothing I didn’t already didn’t already know, though it was all music I technically ‘liked’ anyway. And Sirius radio makes you choose such narrow genres I feel locked in – switching back and forth from Alt Nation to nearby New Wave station which is now deemed ‘Classic Alternative.’

The iTunes store will recommend other music to check out just like Amazon but I never trusted those, actually they kind of freak me out a bit. A friend’s recommendation makes more sense but a dj is more opt to play something you haven’t heard before. I’ve been that friend to many and now post personally crafted playlists on newmusicmatters.blogspot.com because I do believe it matters. Old songs take us back to a time and place we can instantly revisit but something new is pure ear candy.

Yes, David Byrne says he probably doesn’t listen to radio much because he doesn’t have a car. I’ve seen him in NYC a few times, once with his bike sitting outside a rest. And thankfully he has been instrumental in getting bike racks. But let the term radio expand to the web and indulge in the many offerings that were once just found along a dial – you might even find a new tune for your playlist.