STRFKR is my kind of band - proudly creating songs that have an inherent danceability, whether under the guise of indie pop, synthpop or neo-psychedelia. This Portland group began in 2007 as Josh Hodges' musical project but quickly grew into a proper band with Shawn Glassford and Keil Corcoran joining in, along with touring members as needed. I picked their funky tune "While I'm Alive" from the last album, Miracle Mile, for my Winter 2013 New Music Playlist and now they are ready to release another album later this year with the single "Never Ever" ready for a listen below.

Drum machine slaps deliver the intro and the groove begins, as melodic vocals carry things into verses and choruses are announced by instruments dropping out for punctuating pauses. A keyboard solo brings it into a slow build complete with handclaps until a fade out brings a conclusion, leaving this fan eager for more.

Last week during the pledge drive for public radio station WFUV, listeners were asked to submit their "essential music," a list of five bands/artists, along with their donation. This is clearly a clever way to survey the audience, but it also got me thinking of sharing more of my personal faves in playlist form. In prior posts, I have linked to my LCD Soundsystem Faves playlist with the news the band will be releasing another album after breaking up in 2011 (and an update: the band has signed with the behemoth Columbia Records!) Plus I posted my David Bowie Faves playlist after this legend's untimely death last month.

So here are links to some more playlists of "essential music" found on my Spotify account NewMusicMatters, dig in! 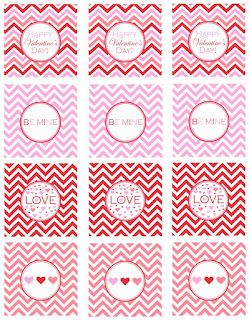 It's that time again... I've noticed that people have been searching for a Romantic Songs Playlist by clicking on my prior posts from 2012, 2013, 2014 and 2015 so I better get to this year's line up. As always, it's a mix of old and new songs that deal with the many facets of being in love. I can't help but indulge in some tunes from the 80s, when I was young and in love and NYC served as our playground for late nights with a soundtrack heavy on the synths. Other picks are newer creations of all genres and many moods across the musical spectrum. Link to listen on Spotify here, enjoy!