Brooklyn band Legs has a self-released album out today, Altitud, with a single that recently caught my ear serving as the lead off track, "Top of the World." It has a solid groove and smooth vocals to warrant repeat listens and get body parts going, always considered a plus in my music collection.

The band was formed in 2013 by Seattle-based Tito Ramsey with his brother Jack and childhood friend Charles Larson along with Ecuadorian brothers Juan Miguel and Herman Marin. Their Soundcloud page describes the music as a delectable mix of synth pop, post disco and indie dance. In the video for "Top of the World" Legs put its name to work as the song creates some serious musical magic. There's just something wonderful about seeing guys willingly let loose on a dance floor, even if its just toe tapping at times.

Altitud can be purchased as a digital download here and catch Legs in NYC at Mercury Lounge on April 7 or the Ace Hotel on April 12. As the band suggests, wear your dancing shoes! 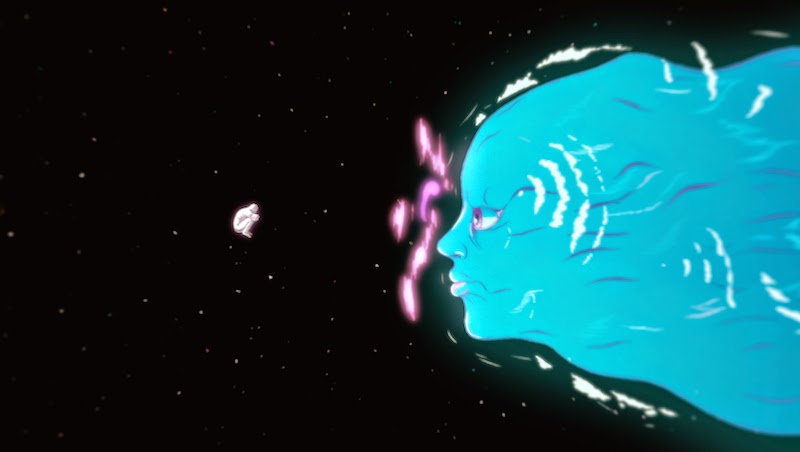 Baltimore's prolific electronic musician and conjuror of instant dance parties Dan Deacon has released a music video for "When I Was Done Dying," a new song off his latest album, Glass Riffer via Domino Records (along with "Feel the Lightning" which I picked for my Spring 2015 New Music Playlist).  It was directed by Adult Swim's Off the Air, utilizing an equisite corpse style of collaborative animation, with nine animators taking over for thirty second segments before handing off the creative baton. The visuals match the psychedelia of the music, churning with energy for each artist's vision.

I was introduced to this creative mind via LynchLand, a podcast by his friend and frequent collaborator Liam Lynch. He vocalized many characters, most memorably the lizard that is immortalized in the popular video from 2003, "Drinking from Cups." (Most assume it's a recording of a guy high on something fierce, but it is actually Deacon's ramblings while watching TV and supposedly neither Lynch or Deacon do drugs.)

The first time I saw Dan Deacon on stage at Moogfest 2010, where he asked a large arena crowd to blow a kiss to Bob Moog in heaven and then create a countdown to the next song, going nuts along with his fans when the music started blasting. (Witness this wonderful concert moment in the video at the end of the post around the 4:06 mark!) He also opened for Arcade Fire when we saw the last tour stop in Montreal, admitting to the Canadian crowd how the U.S. government thinks our country is too stupid to be able to handle two languages like they do. Deacon split the thousands in attendance into two groups for a Simon Says dance off, something he repeated recently at NPR for a Tiny Desk Concert, where he even got the hipster worker drones of public radio moving. During an interview at a live session for KCRW's "Morning Becomes Eclectic" (listen or watch here), Deacon describes his gear set up and why he took to vocal manipulation as a way to bring a performance element to electronic music. Using his voice as an oscillator plus group participation prompts certainly adds to the experience -- his live shows are famous for the sweaty fun involved.

"When I Was Done Dying" starts off in typical Dan Deacon fashion, with a busy structure that just gets busier as he adds in those vocals and multiple layers of synths. This craziness all seems to make sense in this universe, as it carries along any willing listener. Check out the video here or on YouTube, and the song is available as a free track download on iTunes US here. And after sold out shows in L.A. and NYC back in February, Deacon is heading out again on a headlining tour with a date at Brooklyn's Warsaw on May 22. It's sure to be one fine dance party! 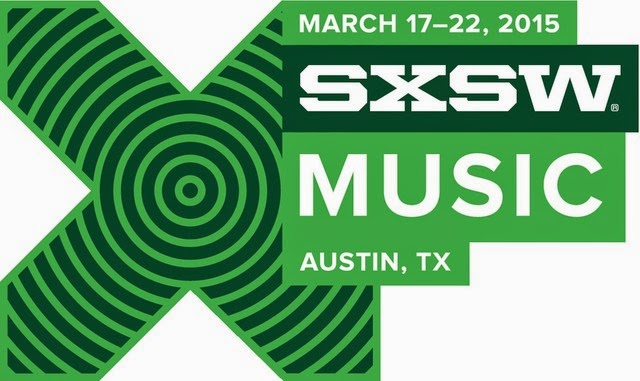 For those not traveling to Austin this week for this year's SXSW, there's  plenty of opportunities to join in the festivities online. Start with an overview of performers on NPR Music's The Austin 100, where I found blog fave (and Austin's own) The Octopus Project, along with worthy listens from Bell Gardens, Cheerleader and  Mayor Hawthorne.  Billboard posted "10 Musicians You Need to Watch For at SXSW 2015," where you'll find Aussie Courtney Barnett, who is releasing a sophomore album on March 24 with a title reflecting her stream-of-consciousness style, Sometimes I Sit and Think, And Sometimes I Just Sit (Mom+Pop Music).

Courtney Barnett will be busy, playing the NPR Music Showcase on Wednesday, March 18 (along with Boogie, Shamir, Strome and TV on the Radio) and the Public Radio Day Stage on Friday, March 20 (with Twin Shadow, Gang of Four, Ryan Bingham, Best Coast, Madisen Ward and the Mama Bear). NPR Music will post videos "days following the concert" but you can listen to the Public Radio Showcase from 1 pm - 7 pm EST online via your favorite station: NYC's WFUV, Philly's WXPN, KXT Dallas, KCMP The Current in Minneapolis and Austin's KUTX.

L.A.'s KCRW will also host two showcases in Austin on Wednesday, March 18 during the afternoon and evening, which will be featured during the Morning Becomes Eclectic show on Friday, March 20 from 12 pm to 3 pm EST and Anne Litt's show on Saturday, March 21 also from 12 pm to 3 pm EST.  Be sure to check out  "Newbies to Know at SXSW 2015" and "Bands We Love to Make a Splash at SXSW" as well as updates all week on KCRW's Music Blog.

SXSW will also launch a live video platform this year called SXSW On with a full schedule of presentations and a few showcases to look in on from wherever you are. Happy listening! 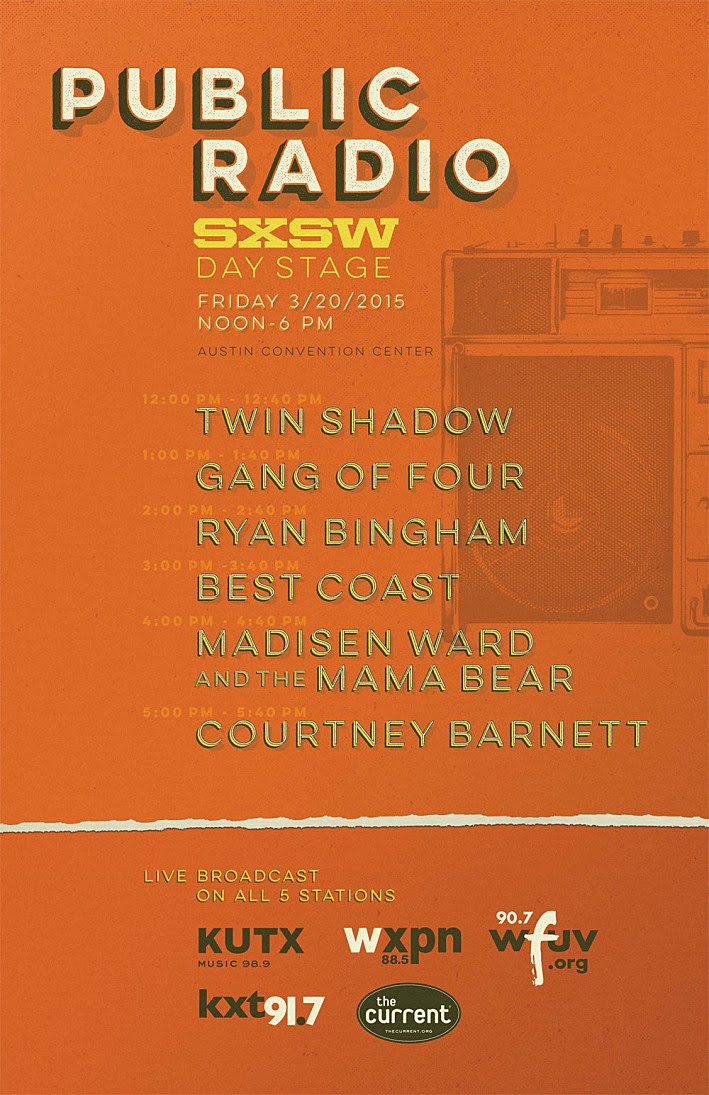 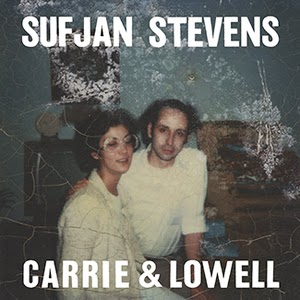 Brooklyn-based singer-songwriter Sufjan Stevens has released a second single from his upcoming album, Carrie & Lowell (due March 31 via Stevens' Asthmatic Kitty Records). This song, "Should Have Known Better," is a sweet return to his roots in sound and substance. He sings in that expressive tenor about the "magical age of three," as my own thoughts drift back to when my daughter talked about 'babyland' where she frolicked with others before coming to earth and my son had two imaginary friends at that age. The collection is named after Stevens' own mother and stepfather, eleven songs about life and his personal struggle to make sense of the beauty and ugliness of love.

The last album, The Age of Adz, was full of electronic blasts and multi-layered instrumentation. Not to say I didn't love this amped up collection, as it landed on my Top Ten Releases of 2010 and a tour stop at the Beacon Theater that year is on my list of Top 25 Concerts of all time. It's just that I appreciate this acoustic side of the artist as well.  Take a listen here or on YouTube (where you'll also find the first single, "No Shade In the Shadow of the Cross"). Stevens will be touring in support of the new album with stops at The Beacon Theater April 11 and at the new Kings Theater in Brooklyn May 1 and 2. For more information about the tour and more, check the website carrieandlowell.com. 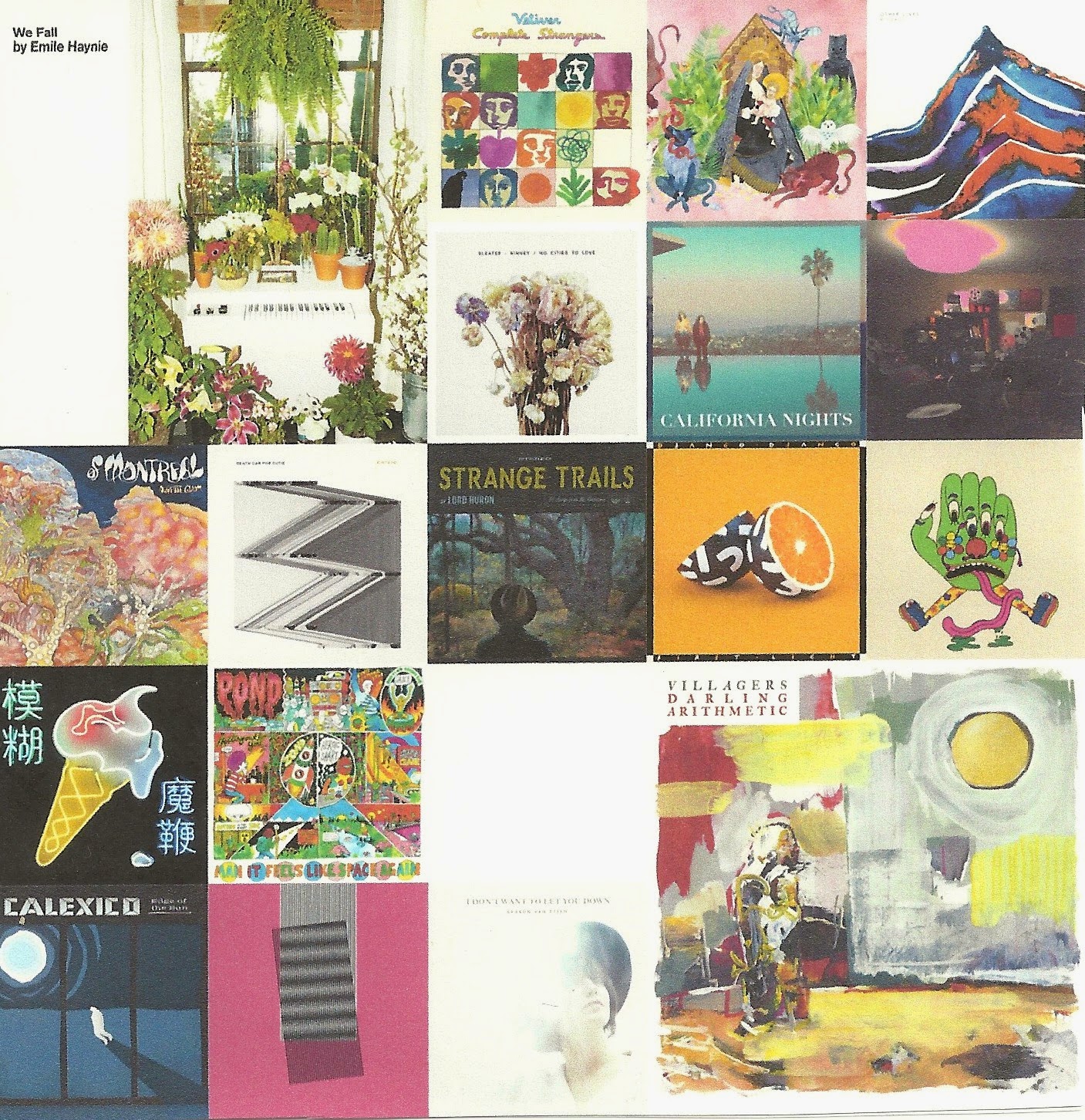 While it’s not officially the next season, at least we’ll be springing forward with Daylight Savings Time to warm our freezing cold hearts (especially here in the Northeast). Songs of love lost and love found — or just being a fool for love — encourage traditional thoughts of the season with new tunes by Father John Misty, Lord Huron and Emile Haynie. Dance floor favorites Hot Chip and Dan Deacon are on the playlist, ready to get the party going, while veteran bands Blur, Death Cab for Cutie and Sleater-Kinney return to the scene proclaiming their distinct sounds. Check out this and more on Spotify or as a YouTube playlist.

1. “Huarache Lights” – Hot Chip
British electronic band is ready to release its sixth album, Why Make Sense? As introduced by a robotic vocal, “Huarache Lights” has all classic vigor of a pulsating light show staged by this group that has been ready to party since 2000.

3. “Go Out” – Blur
A cancelled festival in Tokyo brought the band together with time to kill, so lucky Blur fans can look forward to the first new album since 2003, The Magic Whip. Guitarist Graham Coxon provides the magic ingredient to the original U.K. line up in the searing song, “Go Out.”

4. “A New Wave” – Sleater-Kinney
Riot grrl trio Sleater-Kinney is back with its intensity intact after a ten-year absence with an eighth album, No Cities to Love. The band was originally formed in Olympia, Washington back in 1994.

7. “Black Sun” – Death Cab for Cutie
“Black Sun” is the first single for the eighth studio album from Seattle’s Death Cab for Cutie, Kintsugi.  The band began in 1997 as a solo project for singer/songwriter and guitarist Ben Gibbard, with his signature story telling vocals still paving the way.

8. “Multi-Love” – Unknown Mortal Orchestra
“Multi-Love” is the title track for the third album by this Portland trio, started by singer and guitarist Ruban Nielson in 2010. His falsetto soars over an accessible yet trippy psych rock vibe.

11. “Falling from the Sky” ­ – Calexico
“Falling from the Sky” is the melancholy single for the upcoming ninth studio album from Calexico called Edge of the Sun, featuring Ben Bridell of Band of Horses. The group, based in Tucson, Arizona, formed in 1996 to create Americana indie rock music with Latin and Southwestern country music influences.

12. “Fool for Love” – Lord Huron
L.A.’s Lord Huron is ready to release a sophomore album, Strange Trails, with this teaser single “Fool for Love,” showcasing the band’s American folk leanings since 2010. The group vocals and dense instrumentation infuse this breezy tune about giving into love.

13. “Reconfiguration” – Other Lives
Oklahoma band Other Lives (now based in Portland) brings its folk rock bent to this song from the upcoming third album since 2004, Rituals. Singer Jesse Tabish's vocals weave in and out of the sparse, experimental arrangement in “Reconfiguration.”

14. “I Don’t Want to Let you Down” – Sharon Van Etten
Brooklyn based singer/songwriter Sharon Van Etten has used her powerhouse voice as a musical calling card since 2009.  This stand-alone single crafts an interlacing melody over a steady foundation of strumming guitars and drums.

16. “Feel the Lightning” – Dan Deacon
Baltimore’s composer, electronic musician and dance party master Dan Deacon has released an eighth album since 2000, Glass Riffer. He sings and uses vocal manipulation over a confluence of EDM influences, bringing a human element to the track as well as to his popular live shows, so full of audience participation.