Since I'm often asked how I find songs for my playlists, here's a post devoted to new music sources. As soon as one collection is ready with carefully crafted order, I'll start the next one. I like starting with a tune that's makes me want to get up and move to the beat.  From there a musical path meanders along until a spaced out ending, keeping to the old time frame of under 80 minutes which began so it'd fit onto a CD. Although I've been putting out playlists about every six weeks over the past ten years, it all depends on the amount of releases in each season.  I'm thrilled by the hunt, always looking for that love at first listen feeling.

A good day will begin with listening to KEXP's "John in the Morning" show, where John Richards holds court with the "morning faithful." In a wonderfully old school way, he'll tell you about his weekend, talk about the weather and events in the area. The station even fields requests at dj@kexp.org. Around noon I tend to switch over to KCRW's "Morning Becomes Eclectic," which clues me into the outside world with NPR updates on the hour.  Plus both KEXP and KCRW have apps for being on the go – very handy for road trips or at the gym where I'm apt to throw in a few dance moves during my workout anyway. I'm also happy to work that radio dial driving back and forth from CT to MD where my parents lived for over 25 years, from college radio like WFMU, WVUD, WTMD and other local station like Philly's WXPN and Annapolis' WRNR.  My son recently moved to Denver and turned me onto the online music stream at Colorado's Public Radio "Open Air" at CPR, which focuses on the local scene.

If there's a particular record label with a few of my favorite bands, I'll sign up for their email lists or follow them on social media or Spotify.  For example, I pour over news from Mom + Pop Music (home of Andrew Bird, Neon Indian, and Smith Westerns), Polyvinyl Record Company (home of The Dodos, of Montreal and Deerhoof), among others. You can just visit their websites and follow them on Facebook or Twitter but I like reminders in my inbox about upcoming releases, tours and especially merch! Some fave bands are followed directly, so I'm sure not to miss anything. Plus I keep an eye on various music outlets: Pitchfork, Consequence of Sound, Stereogum and Rolling Stone. Add in NPR Music and PopMatters, where I have a pile of posts as a contributor on the music staff.

If the music really resonates, I'll now look for the song in Spotify to put it in the next playlist draft. Once I have about an hour of music, it's time to set the sequencing and call it cooked. But when it comes down to it, this is really about the joy of sharing in discovery of bands and music. See links below and be sure to pony up during the pledge drives to keep public radio music alive and well...

Dive into past New Music Matters Playlists here and this list for online radio listening where you can listen live or in the station's archives: 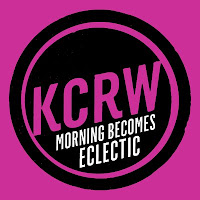 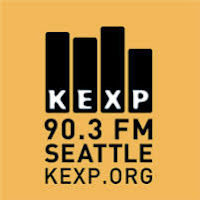