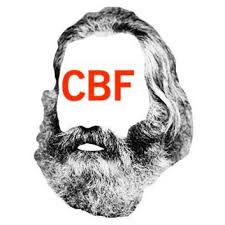 A new indie music and film festival was welcomed to the NYC scene last spring at the Brooklyn Academy Of Music (BAM) called Crossing Brooklyn Ferry. Curated by Bryce and Aaron Dessner of the Brooklyn band The National, the three-day event brought together many like-minded fans who could easily crisscross between sets within three interior spaces of the Peter J. Sharp building.  I've been waiting for the announcement about this year's lineup while The National seemed to appear on the bill of so many other festivals through the summer, even a date at the nearby Barclays Center June 5.  With a new album on the way, the Dessner brothers have been even busier than usual (and Bryce Dessner will be performing "The Planetarium" at BAM March 21 - 24) but still it took until last week to release the details.

So the second annual Crossing Brooklyn Ferry will take place April 25 - 27, with headliners The Roots, Solange, and TV on the Radio.  Other noteworthy acts include Eleanor Friedberger, Here We Go Magic and Higgins Waterproof Black Magic Band, which is a side project of TV on the Radio's singer Tunde Adebimpe. The Brooklyn Youth Chorus will make repeat appearance, perhaps with a new piece written by Bryce Dessner, who accompanied them on guitar last year.  The BAM café will again be serving up sustenance in the form of snacks and drinks throughout the night, as well as the opportunity for chance encounters with performers such as my run in with David Byrne last year.  To cap things off, there's also plans for another late night dance party on Saturday night from midnight to 3 am.  Tickets are a very reasonable $50 per night or a full festival pass for $120.  For further info and tickets visit BAM's dedicated website crossingbrooklynferry.com.