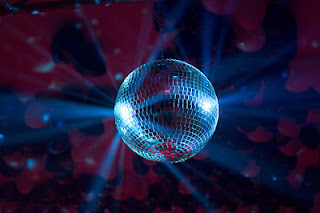 Good riddance 2012, happy to see you go.  Although it was a great year for new music, the country was awash with bad news about violent shootings, destructive storms and political posturing (which continued right up to the last minute and beyond!)  As I let the holiday decor linger into the next weekend, I thought I'd put forth some new year wishes and reasons to look forward to 2013.

My musical wishes would revolve like a disco ball around more indie pop danceable tunes, with lots of hand claps and sing along choruses or endings.  Ra Ra Riot is leading the way with their new release Beta Love (out January 22 and the band will be at Webster Hall Janury 25). The group is now a tight quartet with electropop leanings and it should be more than interesting to see them play these new tunes live, after seeing the band in their original format two years ago.  Check out the title track single in this mini playlist below, created just for fun.  Unknown Mortal Orchestra also released two new songs (listen to "Swim and Sleep (Like a Shark)" with their distinctive fuzzy groove).  This band was one of my Top Concert Experiences of 2012 and I'm eager to see the trio when they take the stage at a larger venue, the lovely Bowery Ballroom February 28.  Another concert I'm looking forward to seeing is Django Django, one of my choices for PopMatter's "Best New Artist's of 2012", at the Music Hall of Williamsburg March 6 and 7.  The band's intriguing instrumental that leads off their self-titled debut album is included here with the songs plucked for my Fall 2012 New Music Playlist , "Default" and "Hail Bop."

I'm even game to think spring, by saving the date April 10 to see Cavemen at Webster Hall. (They are also playing Brooklyn Bowl January 27, with a full list of tour dates listed here.)  In the NMMatterscorp video at the end of this post, the band impressed the audience at last year's Crossing Brooklyn Ferry with their expansive sound and confident stage presence.  And speaking of that indie fest, it will return to the Brooklyn Academy of Music April 25 through 27... so mark those calendars!