Every year, I get out my beloved Nightmare Before Christmas collection around Halloween and listen to Danny Elfman's amazing soundtrack (if not revisit the 1992 movie as well). It's a universal tale of learning to love oneself and others plus the notion of "There's No Place Like Home," all painstakingly told in a unique world of stop motion animation.  Elfman voiced the singing voice of the protagonist Jack Skellington although he wasn't planning to -- the demos just stuck.  Jack's heartache and longing clearly comes through, but his voice also reminds me of my own coming of age in the 80s when Elfman was the singer of New Wave band Oingo Boingo.


I'm reminded of an illuminating interview with Elfman on KCRW a few years back (link here) as a fancy box set of all the Tim Burton soundtracks was coming out -- he has scored almost all of Burton's movies in a creative collaboration that began with Pee-Wee's Big Adventure back in 1985.  An L.A. native, Elfman presented three shows last week in the city (along with a earlier date at the Albert Hall in London and plans for more in Seattle and Vancouver) called "Danny Elfman's Music From the Films of Tim Burton."  It was his first concert appearance in eighteen years, as hearing loss is a cause of concern for this hard-working composer. How I wish I could have been there, maybe he'll make an appearance on the East Coast?

Here's the original trailer for The Nightmare Before Christmas, along with photos of my collection for anyone so interested.  This also includes books, shirts, a blanket, musical score and of course, the movie. It's always a treat for my ears every year. 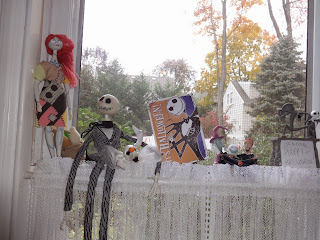 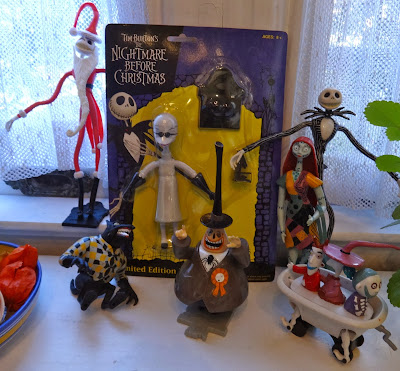