The draw of a live concert is not just to hear the music -- according to Tom Jackson there are unique human experiences lurking within each show that he calls "moments." (Read more about his principals in this post about the 2012 New Music Seminar here.) U.K. alt rock band Elbow's show at Webster Hall on a very rainy spring night was going strong when singer Guy Garvey noticed a man on one knee, a full fledged marriage proposal right in the front row.  Mid-song he announced it to the audience, with huge cheers erupting as everyone was thrilled to be part of this special event. So glad Nick Mann was able to capture it all on video along with the entire majestic song "Mirrorball," complete with swirling lights making things even more magical and perhaps the most romantic lyric ever, "we kissed like we invented it."

I have Elbow's epic song "One Day Like This" on my funeral playlist (an ever-evolving but still ready to roll selection that is a constant conversation around the household along with the usual desert island mix), but this night was all about new beginnings.  The band sounded solid without overwhelming the space, and Garvey's emotionally earnest vocals commanded our attention even when chatting between songs, usually with a very British "Cheers!" He reminded the crowd that the new album, The Take Off and Landing of Everything which is number six since 2001, was filled with new tunes written in our "fair city"of New York. (Read more about it in an earlier post here.) Older songs such as "The Bones of You" and "Grounds for Divorce" from The Seldom Seen Kid (2008), along with "The Night Will Always Win" and "The Birds" from Build a Rocket Boys (2011), anchored the new ones nicely, for example "New York Morning" and "My Sad Captains." As I eagerly anticipated hearing my favorite Elbow song live,  it turned out that was saved for the very end of the evening. With grand gestures to usher everyone in a sing along, fans were treated to a fitting finale for an amazing night which will never be replicated.  Check out that video and one my camera guy Paul captured plus some photos below, with the newly-engaged couple Tim and Lisa holding the set list. Check out that rock -- it's an heirloom from her family!

**UPDATE - NYC station WFUV has posted a nice interview with Guy Garvey and bassist Pete Turner along with some live tunes from gigs across the pond, however you can hear the crowd participation which explains why my date Paul called their show a religious experience!) Listen here. 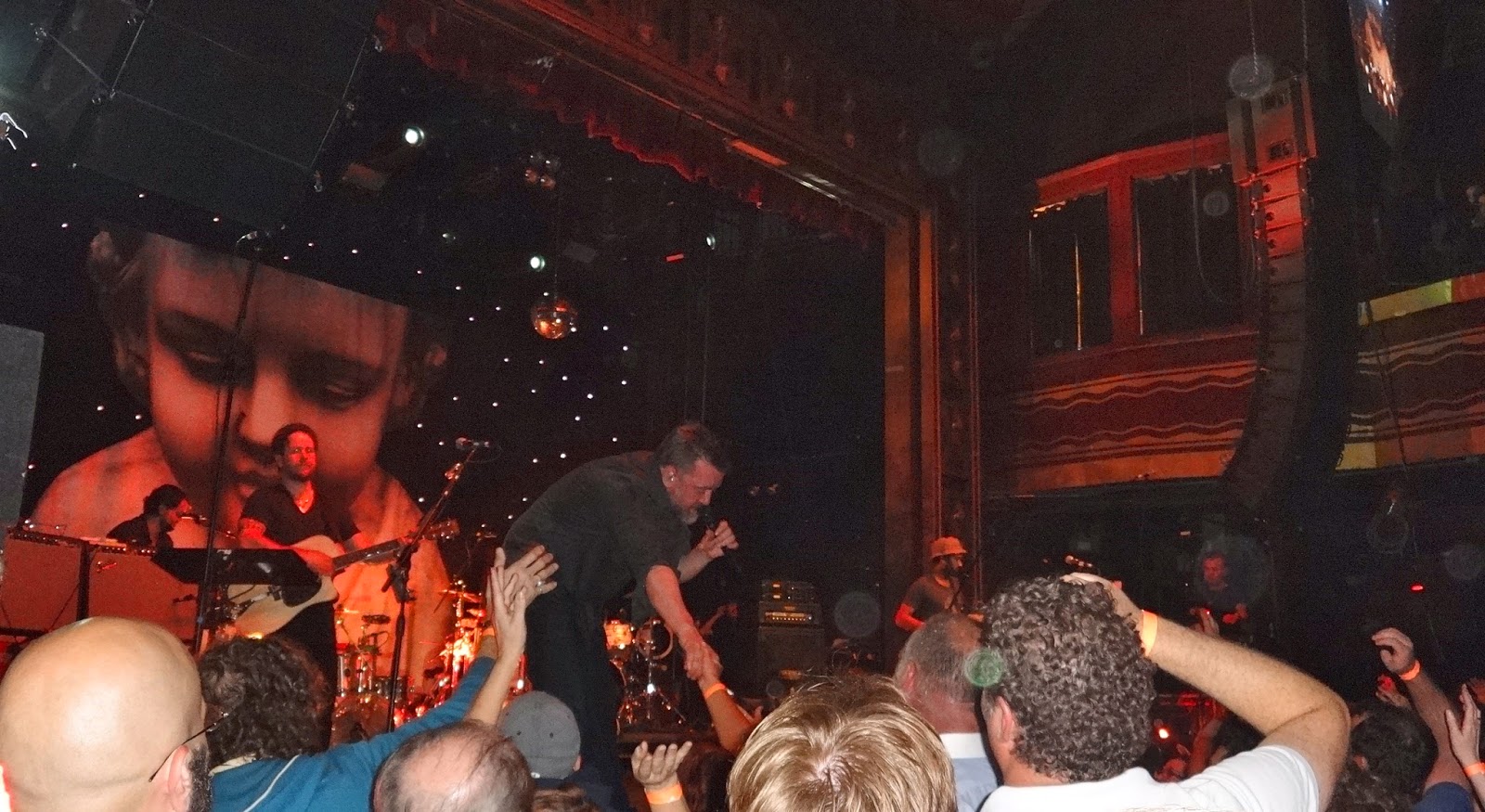 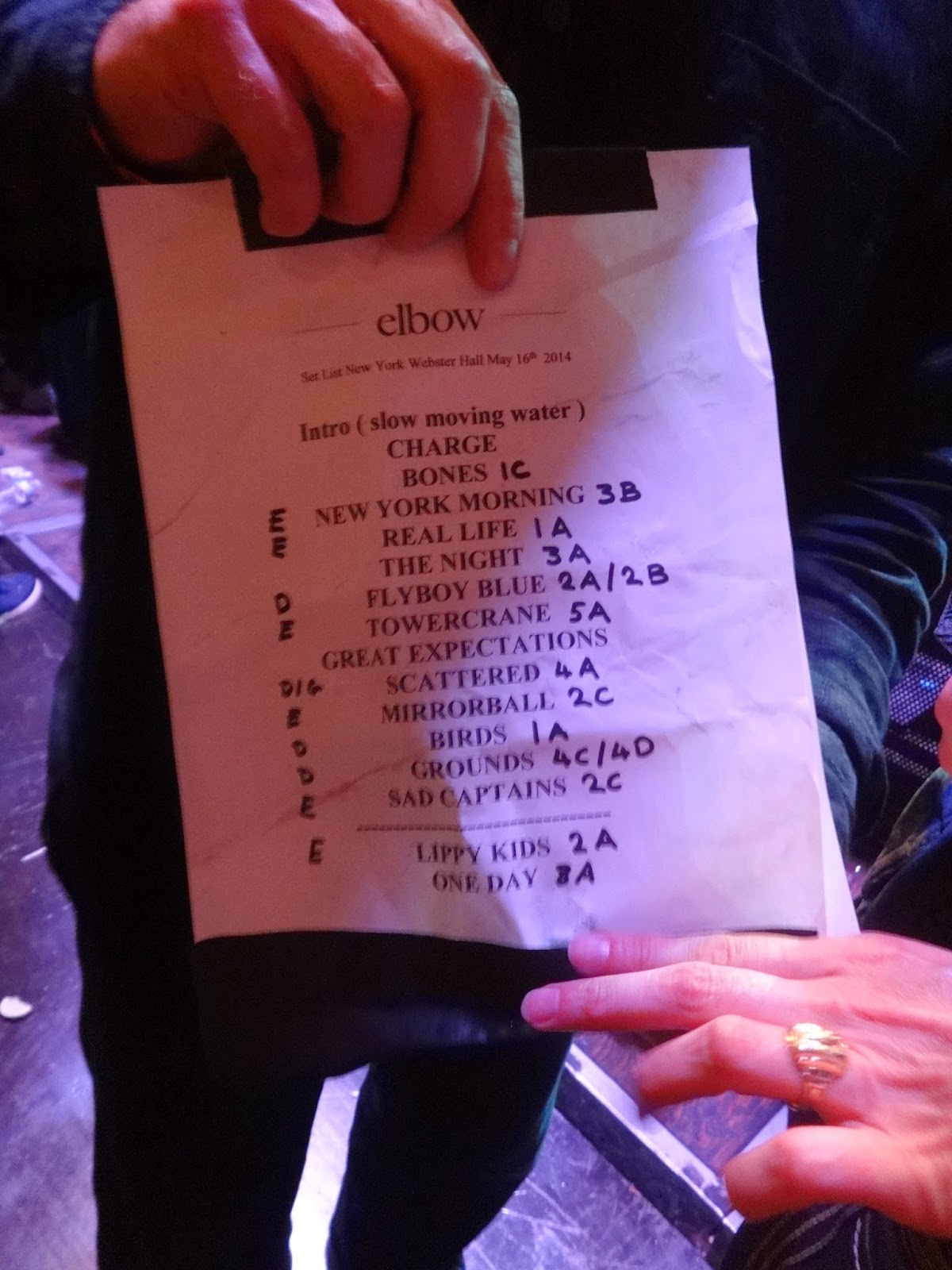