Travis is one of those bands that I remember exactly when I fell in love with their sound.  It was back at the turn of the century when MTV holding on to the role of tastemaker, producing compilation CDs called "Picks." I still remember the stylized hand drawing on the cover, as I poured over the offerings and fell in love with "Sing" by Travis.  With this song, the Scottish band finally enjoyed a hit single across the pond in the U.S. music scene.

Their story has not been an easy one, with line up shake ups and drummer Neil Primrose's brush with death after diving into a shallow pool.  Through it all, the sweetly comforting vocals of Fran Healy continued the band's mantra of pushing through life together. The five year absence since their last album (2008's Ode to J. Smith) is actually a happy one -- full of the adult responsibilities of fatherhood -- which of course adds plenty of emotional power to the new songs on Where You Stand.  I wrote about the single, "Moving" back in July and was eager to see the band live for the first time.

As we walked up to Webster Hall, the band was actually milling outside as Healy was easy to spot in his signature felt hat. Turns out they were working on a video, with bass player Dougie Payne clutching a prop baby to his chest.  He would bring this out again for the last song, the iconic "Rain On Me." We were told that they would have to shoot the ending of the concert a few times, from the piano break on.  Healy asked we go wild every time, saying "New York had a reputation"for that anyway.  He also joked that we'd all get $1000 afterwards.  The packed venue of fans was more than happy to oblige, after singing along during a long full set full of their favorites plus a nice sprinkling of new songs.

Check out the set list and photos from a band singalong in the front of the stage - a Travis tradition. I've also added a video for good measure. Official PopMatters review at link here. 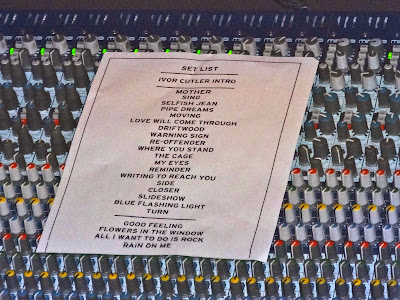 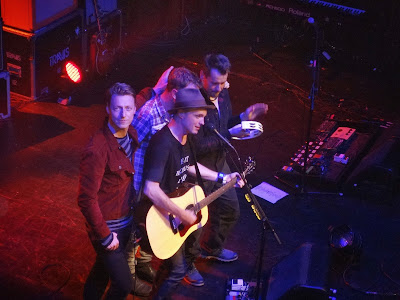 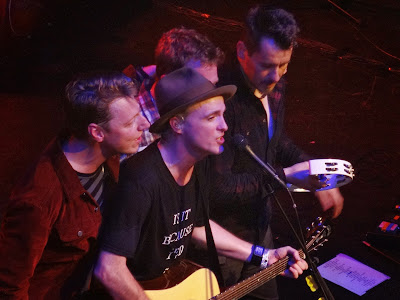 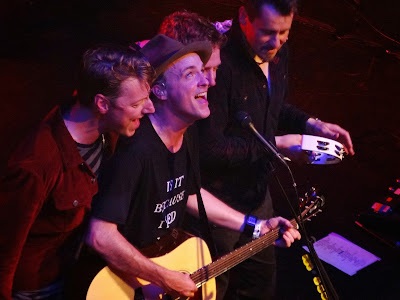