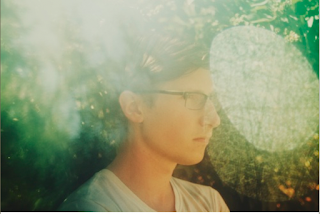 In anticipation of the second full length album due in November, The Inner Mansions, Teen Daze has released a new single called "Union."  The song features a performance by Frankie Rose of the Dum Dum Girls and Crystal Stilts.  After a quick blast of guitar fuzz, buried vocals float along with a rock backbeat before it all drops out for an acoustic solo. Things slowly build again in a soundscape of shimmering synths until a final wall of decaying notes.

Teen Daze is the project of Vancouver music producer Jamison and two tracks from his first album, All of Us, Together, were recently picked for my Summer 2012 New Music Playlist.   The dreamy instrumentals "Brooklyn Sunburn" and "Hold" provided the perfect space out vibe I always look for to end my playlists.  Looking forward to exploring the new album and n.b. Teen Daze will also be in NYC during the CMJ Music Festival on October 16 at Pianos (Lefse Records Showcase) and October 18 at Glasslands (Force Field PR Showcase).