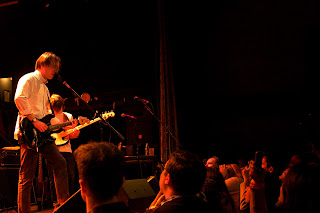 I discovered Bombay Bicycle Club (BBC) years ago as my son was playing their songs around the house.  This U.K. quartet formed in 2005 as school mates at the age of fifteen, utilizing different monikers until settling on this one which refers to an Indian restaurant chain.  Their catchy tune, "Always Like This," was hard to ignore and I was eager to see them play their U.S. debut last March at Mercury Lounge.  They blasted through the walls of that tiny venue and were clearing having such fun doing so, playing songs off their first full length release, I Had the Blues But I Shook Them Loose.  Since then, BBC have released two more, the folk-inspired Flaws (guitarist Jamie MacColl is the nephew of Kirsty MacColl and his folk guitarist father Neill helped produce the album) and A Different Kind of Fix.  Things seemed more measured on this latest collection of songs, with a additional layers of instruments and vocals (including a girl daring to enter the boys club!)

Well no need to worry, these guys are still having fun cranking out the music live.  The newer songs sounded better -- looser, less restrained and closer in energy to the early tracks.  And with Jake home from college on spring break, I had someone to take on the photographer duties!

Check out my PopMatters review here and more photos (by Jake Seymour)/videos (by Paul Seymour) below. 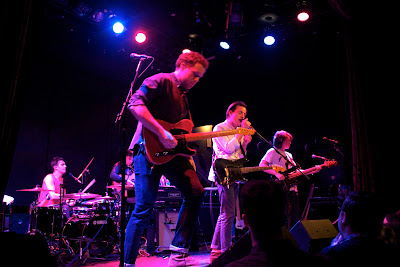 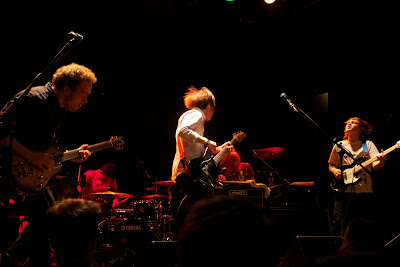 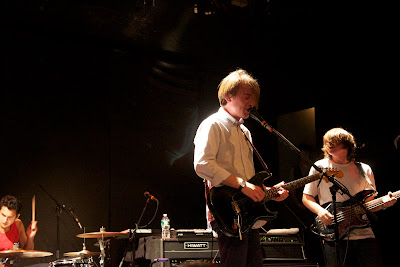