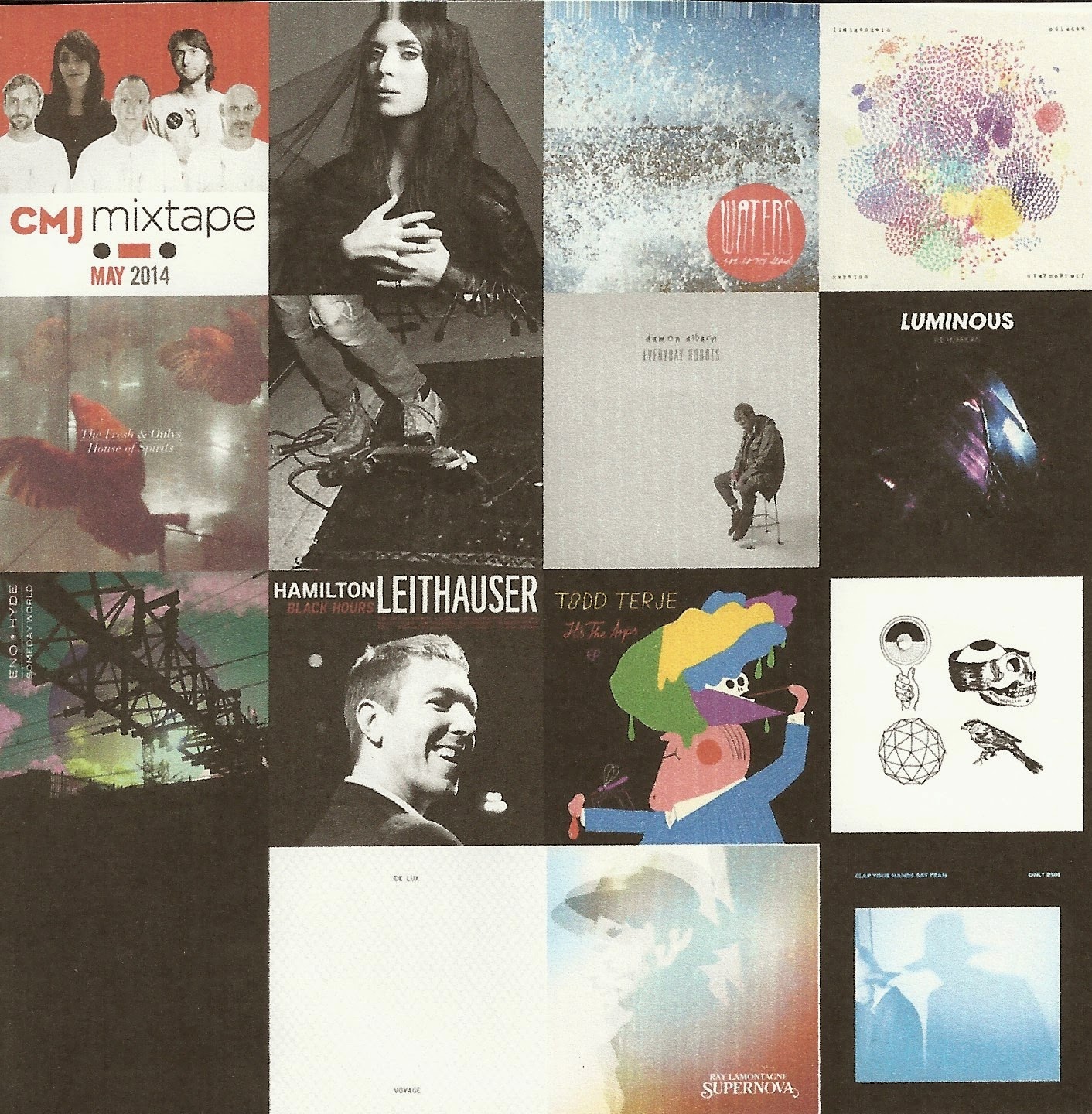 Summer is finally here!  Fire up the barbie and get out those picnic blankets, along with this playlist of new tunes from recent releasesto provide the perfect soundtrack.  This compilation of seventeen songs is culled from a bounty of new music out of the West Coast, especially San Francisco (Waters, Papercuts and Fresh & Onlys), plus an international mix from across the pond, especially the U.K. (Eno*Hyde, The Horrors, Damon Albarn and Jimi Goodwin).  Listen up here and see what catches your ear, enjoy!

2. “Got to My Head” – Waters
This new five-piece band from San Francisco is gaining notice with the strength of the punchy power pop found in this single, “Got to My Head.”

Legendary producer/composer Brian Eno channels yet another musical vision, this time with U.K. group Underworld’s singer Karl Hyde for an album called Someday World.  The layers of synths, vocals and Hyde’s guitar present a full band approach for a song about paternal protection.

4. “Keys” – Hooray For Earth
This lush electronic rock track is a teaser single for the upcoming second studio album from NYC based quartet Hooray For Earth.  Singer and multi-instrumentalist Noel Heroux creates a sonic world bordering on noise-pop with an anthem-like approach.

5. “Coming Down (featuring Matt Berninger)” ­– Clap Your Hands Say Yeah
Philadelphia based indie rock band Clap Your Hands Say Yeah (CYHSY) is back with a new lineup, which includes singer Alec Ounsworth and bassist/producer Matt Wong plus an added emphasis on electronics. “Coming Down” is a highlight of the fourth album, Only Run, enlisting the distinctive vocals of Matt Berninger from The National punctuating the tune.

6. “So Now You Know” – The Horrors
Veteran English indie rock band The Horrors returns with a fourth studio album aptly called Luminous.  The five-piece embraces a shimmering, lush sound with full-on production under the guidance of frontman/lead vocalist Faris Badwan.

8. “Still Knocking at the Door” – Papercuts
Papercuts is the musical project of San Francisco singer/songwriter Jason Quever since 2000, with a sixth album called Life Among the Savages.  The signature baroque pop is fleshed out with studio musicians and a touring band as some of the new songs require a team approach.

9.  “Moments” – De Lux
The duo De Lux is clearly inspired by the New Wave music scene of the late 70s and early 80s in this song off the debut album Voyage. Sean Guerin and Isaac Franco embrace it so eagerly that it’d be a shame not to join in this post-disco dance-punk party.

11. “Moving to the Left” – Woods
Brooklyn based folk rock band Woods finds a psychedelic twist for the laid back vibe in “Moving to the Left.” This latest jam via singer/songwriter Jeremy Earl is off of the sixth album, With Light and With Love.

13. “Alexandra” – Hamilton Leithauser
Hamilton Leithauser is another frontman/singer finding new solo musical waters in a debut album, Black Hours, as NYC based indie stalwart The Walkmen has dispersed.  There’s an emotional urgency in “Alexandra,” with a stomping beat and Leithauser’s pleading vocals.

14. “Hundreds of Ways” – Conor Oberst
Inexhaustible singer/songwriter Conor Oberst recently released a sixth solo album (not to mention others since 1994 with Bright Eyes, Monsters of Folk and Desparecidos), Upside Down Mountain. “Hundreds of Ways” is an upbeat tune in this new collection full of adult themes as Oberst makes his way into new territory, which now includes married life.

16. “Supernova” – Ray LaMontagne
“Supernova” is the lead single and title track of a fifth album from singer/songwriter and New Hampshire native Ray LaMontagne. His earthy vocals and acoustic attitude infuse this lighthearted tune, along with other new offerings.