The Fab Faux is more than just a Beatles tribute band. For over seventeen years, this group of overly accomplished musicians have dedicated themselves to performing songs by The Beatles live in concert and of course many of the songs never existed this way. The entire White Album was revisited June 28 at The Capitol Theatre, a lovingly refurbished venue in Port Chester, NY. This double album, released in 1968 without a name or iconography beyond the original fab four's moniker, is more a collage of creative minds as the band was falling apart. Yet the songs still remain incredibly strong -- especially when presented live.

Bassist Will Lee of the Late Show with David Letterman founded The Fab Faux and makes a fine frontman, strutting the stage in white pants with a peace sign as a belt buckle (changing from a black ruffled shirt to a white one at the break between discs). He even found a way across the balcony and back again, bringing this group of musical all stars into synch.  Lee graciously introduced harpist Erin Hill, the Hogshead Horns and the Creme Tangerine Strings, all on hand to flesh out the sound, and chatted in glowing terms about how The Beatles oevre is truly "our classical music." He gamely tossed out souvenir guitar picks throughout the show, admitting that yes he really did hit someone in the eye once. I managed to snag one during the night, a nice companion piece for one from a Letterman visit long ago... 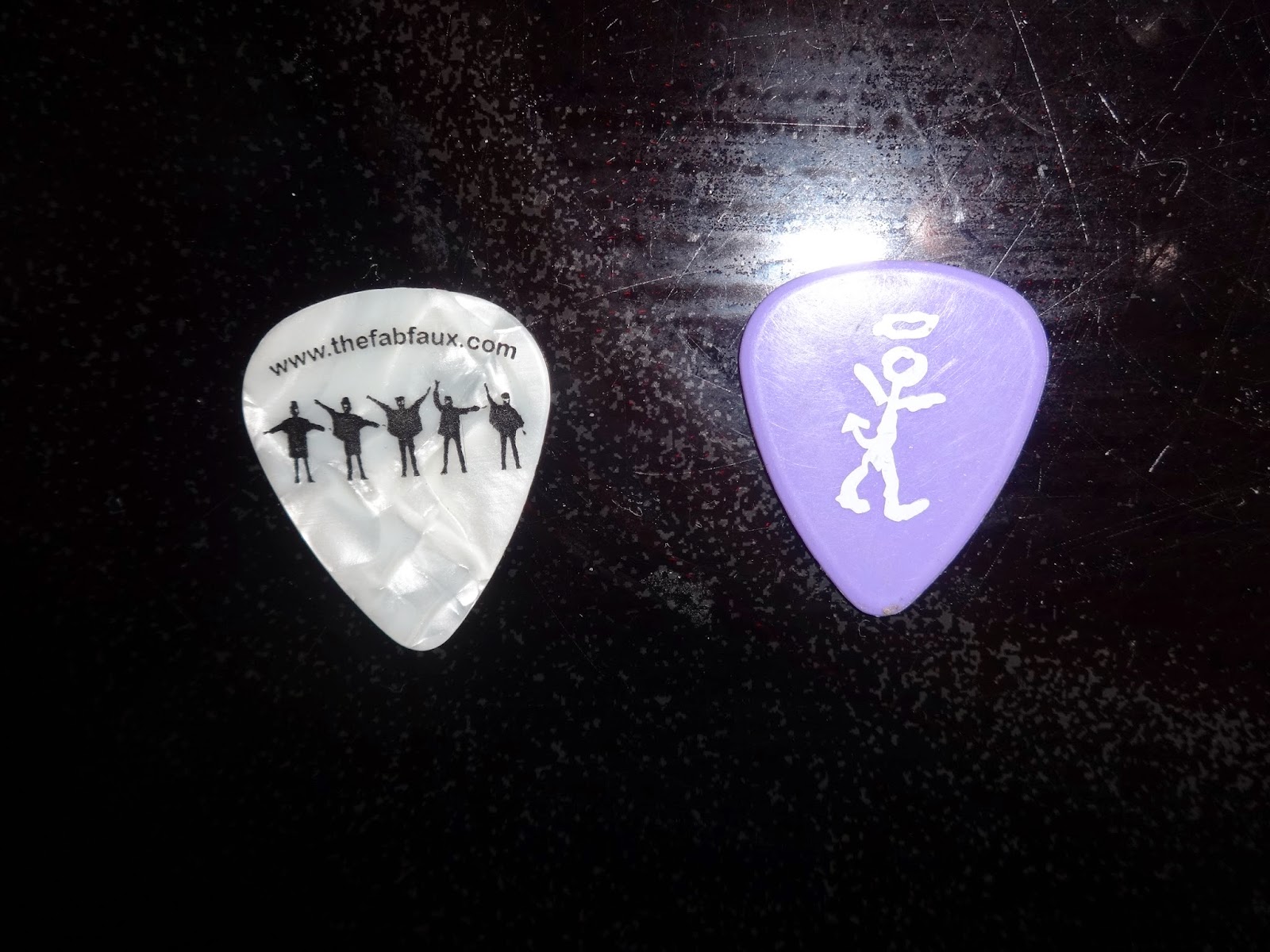 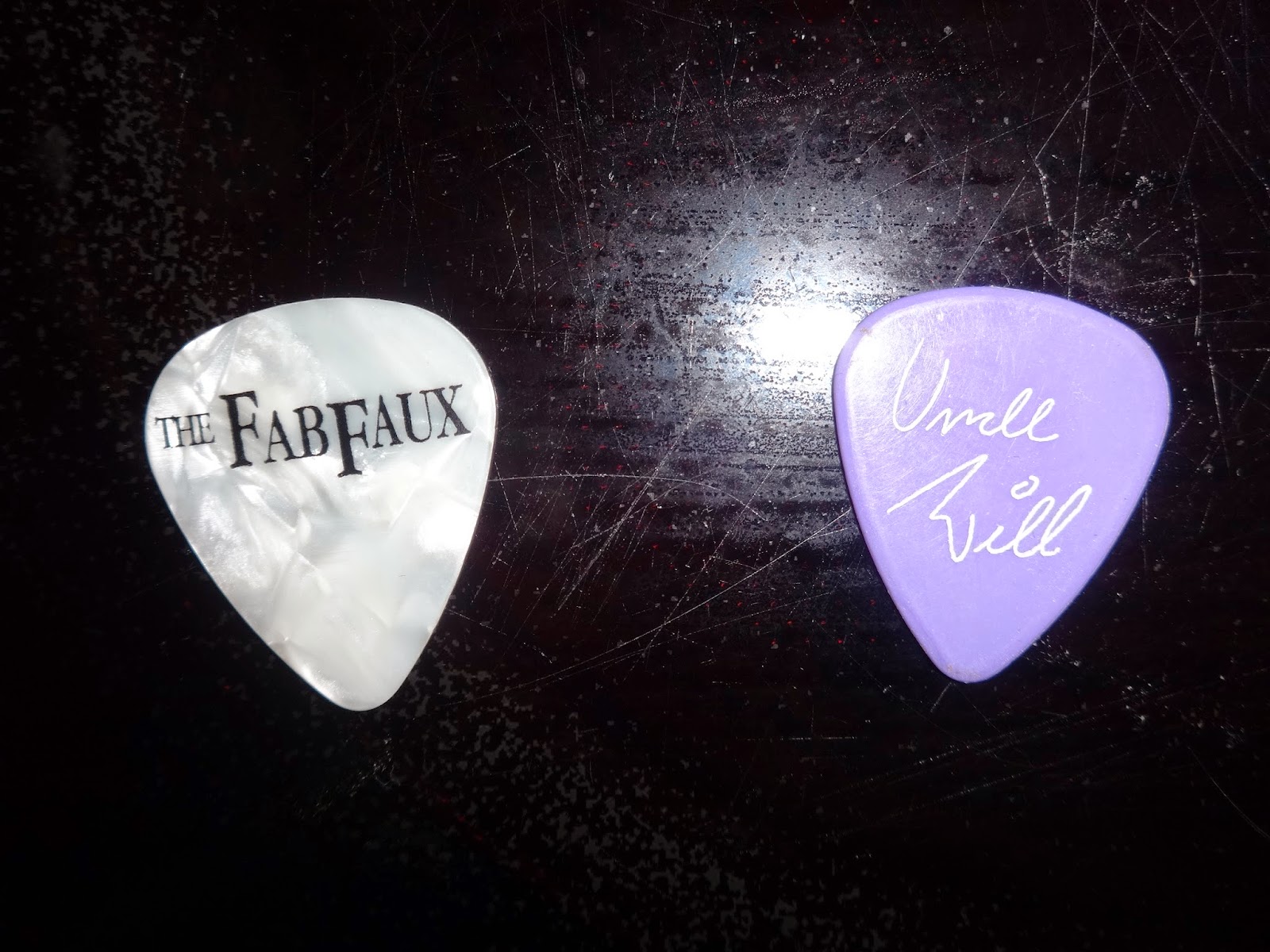 Members Jimmy Vivino (Conan), Rich Pagano, Jack Petruzzelli and Frank Agnello were joined by Jim Boggia to offer this complex mix of amazing Beatles tunes back to back.  And as if thirty songs from the White Album wasn't enough, including the eight minute performance piece "Revolution 9" that Lee called a "guilty pleasure," the band returned with two singles as an encore. They cranked out the electric version "Revolution" to rock out the crowd before they ended the night happily singing along to "Hey Jude." But the song that took me right back to the day was the vampy, "Why Don't We Do It in the Road," which I would sing at the top of my lungs after climbing my favorite tree in the yard of my childhood home. (I can only image what the neighbors thought!) Relive that concert moment in the video on YouTube here or below, along with a few photos taken at the Cap's bar called Garcias.