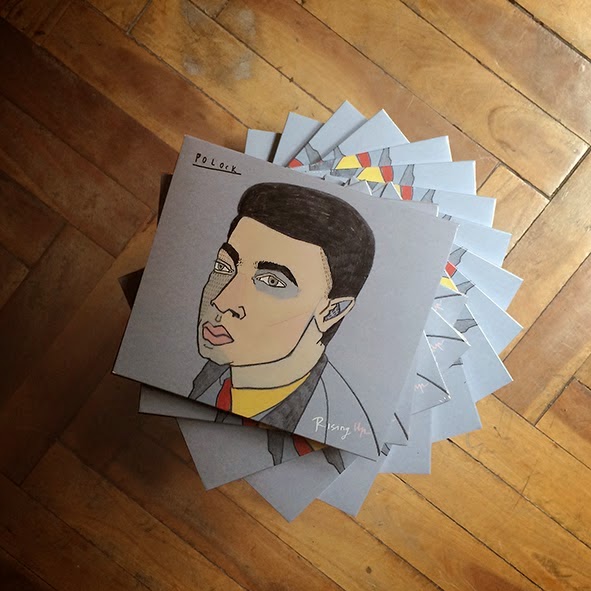 I was thrilled to hear a new song by the band Polock on WFUV's The Alternate Side the other day. After going to see this band three years ago, I was impressed enough to think there'd make it into the indie mainstream.  The WFUV D.J. even introduced them as "the Spanish Phoenix," a comparison that I had in mind too. Instead, I heard nothing until last week, but a new album called Rising Up is due April 8, with a teaser video available on Youtube or below.

Another album I'm looking forward to is the one from Damon Albarn out April 29, as previewed in earlier posts: the single "Lonely Press Play" here, along with a recent appearance at the SXSW here. Plus the always interesting prolific musician Conor Oberst of Bright Eyes is also getting ready to release a new album, Upside Down Mountain, on May 20.  And with Record Store Day coming up on April 19, there's lots of special releases to entice music lovers into their favorite indie shop (if they're lucky enough to still have one!) LCD Soundsystem is offering up a 5-LP vinyl box set of its final concert at Madison Square Garden in 2011, with a digital/vinyl wide release May 20.  To use the words of LCD frontman James Murphy, "I was there" at Terminal 5 to start off the final week of the band, but could only listen online and view this final concert as part of the film Shut Up And Play The Hits. This new compilation is still quite a temptation for any diehard fan.

UPDATE 4/3: Polock has just released another video for the single "Everlasting"