New Song by Honeymoon "Sure Stuck" 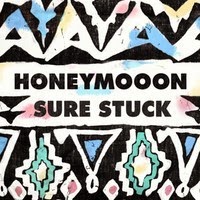 Here's another song for the summer 2013 soundtrack.  "Sure Stuck" by Honeymoon has that laid-back groove of 60s and 70s psych pop without being stuck in the past, which is always a fine line. This catchy tune begins with a buzz of synths that weaves throughout vocal harmonies and a percussive swagger.  It luxuriates to almost seven minutes, enough to lounge outside and get a sunburn.

Honeymoon is a new musical project by two Australian LA-based producers, Aaron Shanahan and Benjamin Plant.  After years producing and writing electronic music, they decided to indulge in their love of lo-fi psychedelia. The full length debut album is due later this year, but "Sure Stuck" is currently available as a free download on the band's Soundcloud page.