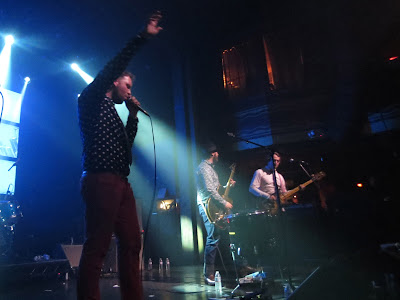 I'll admit to playing favorites with bands -- Caveman has been one since I heard their break through indie hit, "Thankful," from the fall of 2011.  Its a straightforward song with a wash of sound to capture the moment, carrying the listen along effortlessly as the music continues to caress the melody.  There are now multiple posts on this blog featuring Caveman, along with seven videos on the NMMatterscorp YouTube channel.  I first saw them play the majestic stage at the Brooklyn Academy of Music at last year's Crossing Brooklyn Ferry, where I even ran into the band later that night.  What a nice group, local boys who enjoy their craft and each other.  They played the Brooklyn Museum a few weeks later, and it was nice evening in a rather unusual venue for music.

Now they are touring in support of a new self-titled album and I caught their stop in NYC at the venerable Webster Hall.  They are clearly still enjoying themselves as a band and it was great to hear the new songs live.  Full write up coming soon for PopMatters but here's some extra photos and videos. 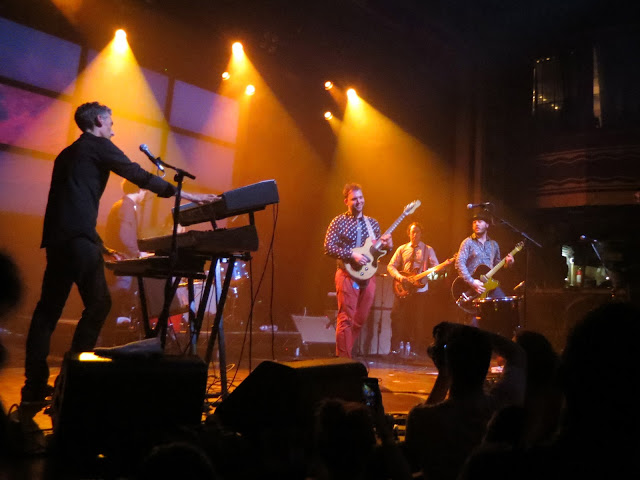