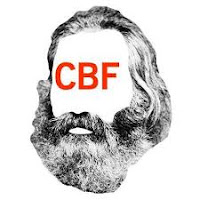 As I've mentioned before, I like to be on time if not early for concerts.  Maybe this harks back to my days in high school musicals, when cast and crew had an early call before a performance.  But it's still nice to get there and get things sorted, from tickets, coat check and that first drink.  Well it turns out David Byrne feels the same way, as he saddled up to the empty bar right next to me to order a beer in the BAMcafé before the first night of Crossing Brooklyn Ferry.  I said hello and mentioned how I ran into him at last year and he said well sure, it was such a nice festival.  He pulled out a few of the pins with this logo out of a bowl and remarked how the bearded guy looked more like Karl Marx (it's supposed to reference Walt Whitman, as his poem inspired the Crossing Brooklyn Ferry name). He gamely put a few pins, providing a bit of color to his all white ensemble which made him easy to spot for the rest of the night, even in the darkened theaters.


The solo piano of Timo Andres opened the three day event, with a poised selection of original and classical pieces. A fusion of Indian culture and jazz followed with Rudesh Mahanthappa's sax playing leading an ensemble through fiery improvisations.  It was then time for Porcelain Raft, who caught my attention last February, in the Howard Gilman Opera House.  Italian ex-pat Mauro Remiddi came out on stage with a guitar strapped on to his synth set up to launch into "Drifting In & Out." Remiddi may have been a lone presence on stage, but after starting loops and tripping beats, the music offered layers of sound to enjoy.  Less successful were simple tunes with guitar only, but the glorious acoustics in that space are always a treat. I ran into Remiddi out in the lobby later and asked why he did not play another favorite song, "Unless You Speak From My Heart." He confirmed what I surmised, that it did not translate well with a solo act, but he was honestly pleased that I had stopped him to say how much I loved his music.

Skipping between the next few shows was an interesting juxtaposition of Champagne Jerry, a send up of rap stars with video mash ups, and Julia Holter, a honest pure-at-heart songstress at her keyboards. I also caught a bit of Clare and the Reasons, a Brooklyn-based indie folk band in the BAMcafé, where the vocals were mixed at the same level as everything else, creating a muddled sound.  Maybe it was intentional, but I thought the singing could have soared above the instruments to great emotional heights.

Another Brooklyn band, Parquet Courts, got some of the audience into the orchestra pit in the Opera House for a closer look at their youthful take on punk rock.  A wail of guitar distortion began the set, turning into a slow jam before the power chords began.  With strobe lights flashing, fast songs kept speeding up until a frenzy ensued and ballads could hardly called that.  The group presented a mix of old and new tunes, as "Stoned and Starving" provided an early highlight.  There was little banter beyond the announcement of the band's name and a request for "swirly lights."  In a particularly ironic moment, the band's slot was over before they could play another hit, "Borrowed Time."

Opening night ended with a crazy energy thanks to The Roots, Philly's phenomenally talented hip hop/soul group (a.k.a Jimmy Fallon's house band).  Before the show, the orchestra pit and aisles were jammed with people and cheers greeted them as they entered the stage in darkness.  The eight-piece lit into their funky jams and all requests for "hands up" or various noise-making had the crowd responding right on cue. Familiar tunes such as "Jungle Boogie," "Sweet Child of Mine" and "The Immigrant Song" got The Roots treatment of rapid fire rapping with well-meaning expletives, tight grooves and extended improv sections.

As shining examples of the Tom Jackson's "On Stage Success" principles of performing in a band, members communicated non-stop with each other and the audience, trading places at the edge of the stage and even dancing together in a grapevine.  Fans were constantly asked how they were doing, as if every ecstatic response was simply not enough.  Questlove held court at the drum kit in back, a celebrity in his own right at BAM.  Virtuosity doesn't even begin to describe these musicians, and it's going to be great when they become a staple on the big stage of late night television as Jimmy Fallon takes over "The Tonight Show."  Photos and highlights video below.