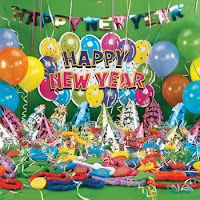 Another list...
Tracks for rocking out on New Year's Eve as I look back at my musical soundtrack of 2009, which includes 99 songs from five separate playlists. These are the top 20 songs (well actually 26 songs with a few ties competing for a slot from the same band and honorable mentions) that rocked my world in no particular order -- tunes with the ability of wrenching open my ears and making me bop along, even if it's in the car. Here's my list for the year while looking ahead to new releases in 2010 by Hot Chip, Vampire Weekend, The Cribs, Beach House, Spoon and more. Link to listen here, enjoy!

4. Happy Up Here/Royksopp
5. Around the Bend/The Asteroids Galaxy Tour
6. Walking on a Dream/Empire of the Sun
7. Lucid Dreams/Franz Ferdinand
8. Beautiful Future/Primal Scream
9. Alcoholics Unanimous/Art Brut
10. 1901/Phoenix
11. Two Weeks or Cheerleader/Grizzly Bear
12. Carries On/Edward Sharpe & The Magnetic Zeros
13. Hysteric/Yeah Yeah Yeahs
14. Wilco/Wilco (The Album) ** though I really liked the Colbert version played live on the show!
15. The Reeling/Passion Pit
16. Always Like This/Bombay Bicycle Club
17. Song for No One/Miike Snow
18. Got Nuffin/Spoon
19. (If You're Wondering if I Want You To) I Want You To/Weezer
20. Mistake/Moby