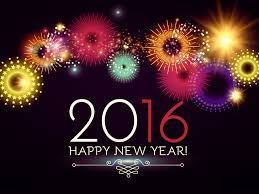 The best Christmas present I received this year came in the form of a song, "Christmas Will Break Your Heart," a self-described depressing little ditty from James Murphy of LCD Soundsystem (one of my favorite bands ever). Supposedly he'd been singing it to himself for the past eight years, but it landed this year as I struggled through the holidays without my parents who have left the earth within a year of each other. In the vein of "New York, I Love You But You're Bringing Me Down" which gave rise to the social media term NYILYBYBMD, Murphy's ballad with its emotional build perfectly captured my mood this season. 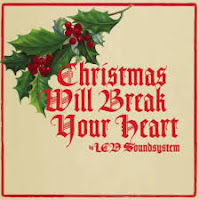 So here we are in the new year with announcements that not only is LCD headlining Coachella 2016, but heading out on tour in support of a new album after calling it quits four years ago. I was lucky enough to attend the first night of the final week of shows in March of 2011. Our video of the opening song "Dance Yrself Clean" at Terminal 5 still gives me chills to revisit and witness how quickly things kicked into high gear. (That video remains the most popular upload on the NMMatterscorp channel with over 12,500 views - another interesting video is the Red Bull Academy interview with James Murphy explaining why he was disbanding the group!) I'll also include our video for "Daft Punk Is Playing At My House," the first tune I heard by the band and making me a fan forever -- it certainly did not disappoint, amped up in the lineup with the requisite crowd surfing. I'm thrilled by the prospect of the new album, but I'm not sure I want to mess with the perfection of this concert experience. However others that didn't get to see LCD live will now get the chance, as it seems they have become more widely known by their absence. Or perhaps its the music fans' hearts growing fonder, my love for the band has only grown that's for sure. Head over to Spotify and take a listen to my LCD Soundsystem Faves playlist, and there's also plenty of new music I'm looking forward to in the months ahead. See my list at the end of this post.