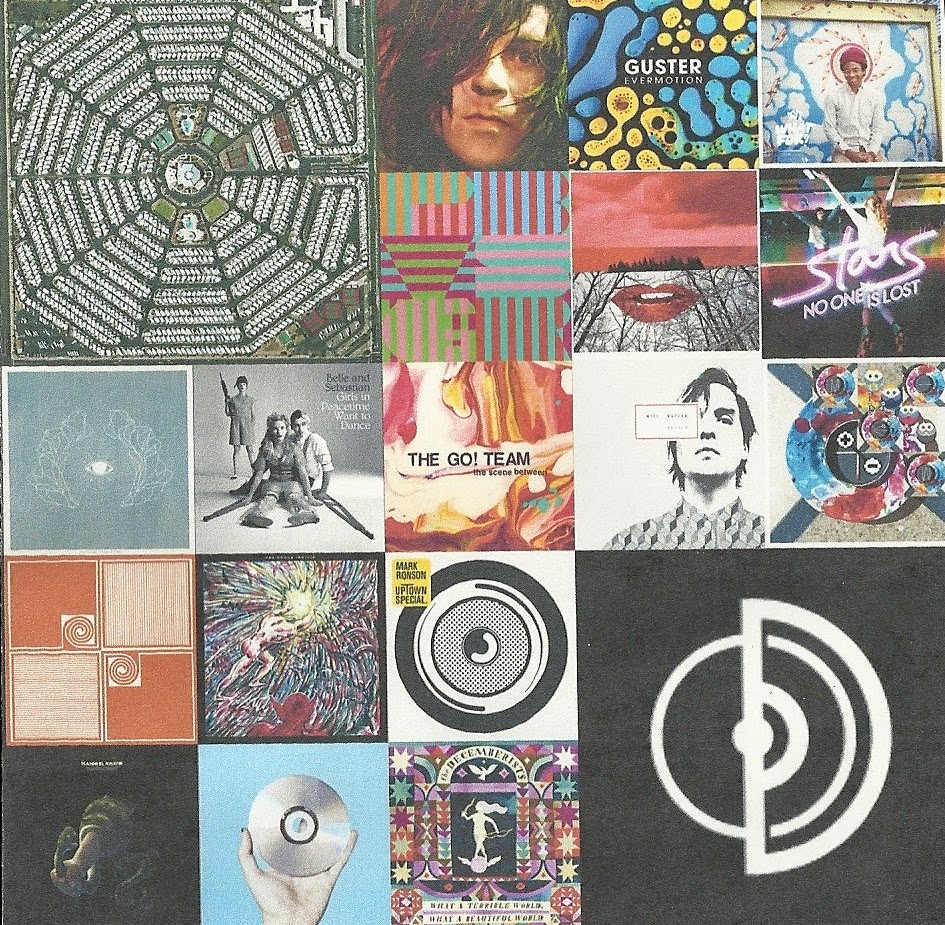 Needless to say, winter has arrived. Let’s hope the Blizzard of 2015 is just that – one for the ages. Digging out to new music while sending good thoughts to the Boston area and those with much more snow than we in the NYC area. Check out debuts by Will Butler and Museum of Love plus returning salvos by Modest Mouse, Mew and The Go! Team. There’s also plenty to get a dance party going (YACHT, Mark Ronson, Belle & Sebastian and Stars) or mellow out with The Lone Bellow and The Decemberists. Link to listen here or check it out as a YouTube playlist and enjoy!

1. “Where Does This Disco?” – YACHT
L.A.-based YACHT released this catchy stand-alone single with its stylistic stamp of dance punk meets synth pop. Formed by duo Jona Bechtolt and Claire L. Evans in 2002, the pair expands with a touring band for their energetic live shows.

3. “Take My Side” – Will Butler
Arcade Fire’s Will Butler adds another side project with a solo debut, Policy, due in March. The lead single, “Take My Side,” is a confident tune infused with infectious energy, from his antsy singing to non-stop strumming guitars and a rockin’ beat.

5. “Boys Latin” ­– Panda Bear
Baltimore musician Panda Bear (a.k.a. Noah Lennox, co-founder of Animal Collective) is now creating his experimental compositions while living in Lisbon. This single off the fifth album since 1999, Panda Bear Meets the Grim Reaper, features his layered vocals amid a garrulous foundation of electronica.

6. “Competition” – The Dodos
The Dodos, San Francisco’s indie rock duo of Meric Long and Logan Kroeber, has been exploring percussion driven music since 2005. “Competition” is the single for its sixth full release, Individ, with weaving rhythms and fingerpicking guitar grounded by Long’s warm, earnest voice.

7. “Down South” – Museum of Love
Former LCD Soundsystem drummer Pat Mahoney establishes himself on a new dance music path with Dennis McNanay. This first song, “Down South,” off the self-titled debut album, chugs along with poise.

8. “The Party Line” – Belle & Sebastian
Glasgow pop band Belle & Sebastian is back with Girls in Peacetime Want to Dance, the ninth album since 1996 (and its first in five years). The party vibe is kicked into high gear and the group aesthetic sounds as taut as ever.

9. “No One Is Lost” – Stars
Canadian quintet Stars released its seventh studio album since 2000, No One Is Lost. This title track is an upbeat song with surprisingly dark lyrics, smooth harmonies and an irresistible dance beat.

10. “Simple Machine” – Guster
Boston alt rock band Guster is back with its seventh collection since 1991, finding a new vigor with producer (plus bassist for The Black Keys and keyboardist for The Shins) Richard Swift. “Simple Machine” is a delightful romp of a song and is the first single from the album, Evermotion.

12. “Moonlight” – Hanni El Khatib
“Moonlight” is the title track that leads off the third album by L.A.-based singer-songwriter and multi-instrumentalist Hanni El Khatib. The quirky intro leads into a shadowy world of jagged rhythms and shaggy group vocals.

13. “The Scene Between” – The Go! Team
This song is the title track and teaser single for a fourth album since 2000 by The Go! Team, a band from Brighton. The contagious combination of hip hop and electro, screaming guitars plus cheers and chants is the brainchild of Ian Parton.

14. “Empty Nesters” – Toro y Moi
Toro y Moi is the musical project of California-based Chazwick Bundick, ready with his fourth album since 2008, entitled What For? “Empty Nesters” veers away from the retro R&B of the last collection, embracing a solid guitar pop sound this go-around.

15. “Make You Better” – The Decemberists
Indie folk rock quintet The Decemberists released its seventh album since 2000, What a Terrible World, What a Beautiful World, ending four years of silence. Colin Meloy continues his role as the charismatic narrator (lead vocals, guitar and principal songwriter) in this first single “Make You Better.”

16. “Every Age” – José González
Swedish singer-songwriter and guitarist José González has combined classical guitar with soft vocal melodies since 2003, also contributing to the band Junip. “Every Age” is a languid, haunting single from the upcoming album Vestiges & Claws, his first solo release in seven years.

18. “Shadows” – Ryan Adams
North Carolina native Ryan Adams is releasing a self-titled album by default since he couldn’t decide on another name. (To his credit, he has had to title fourteen of them since 1991.) “Shadows” showcases Adams anthemic songwriting, utilizing a voice consistently up for the challenge.