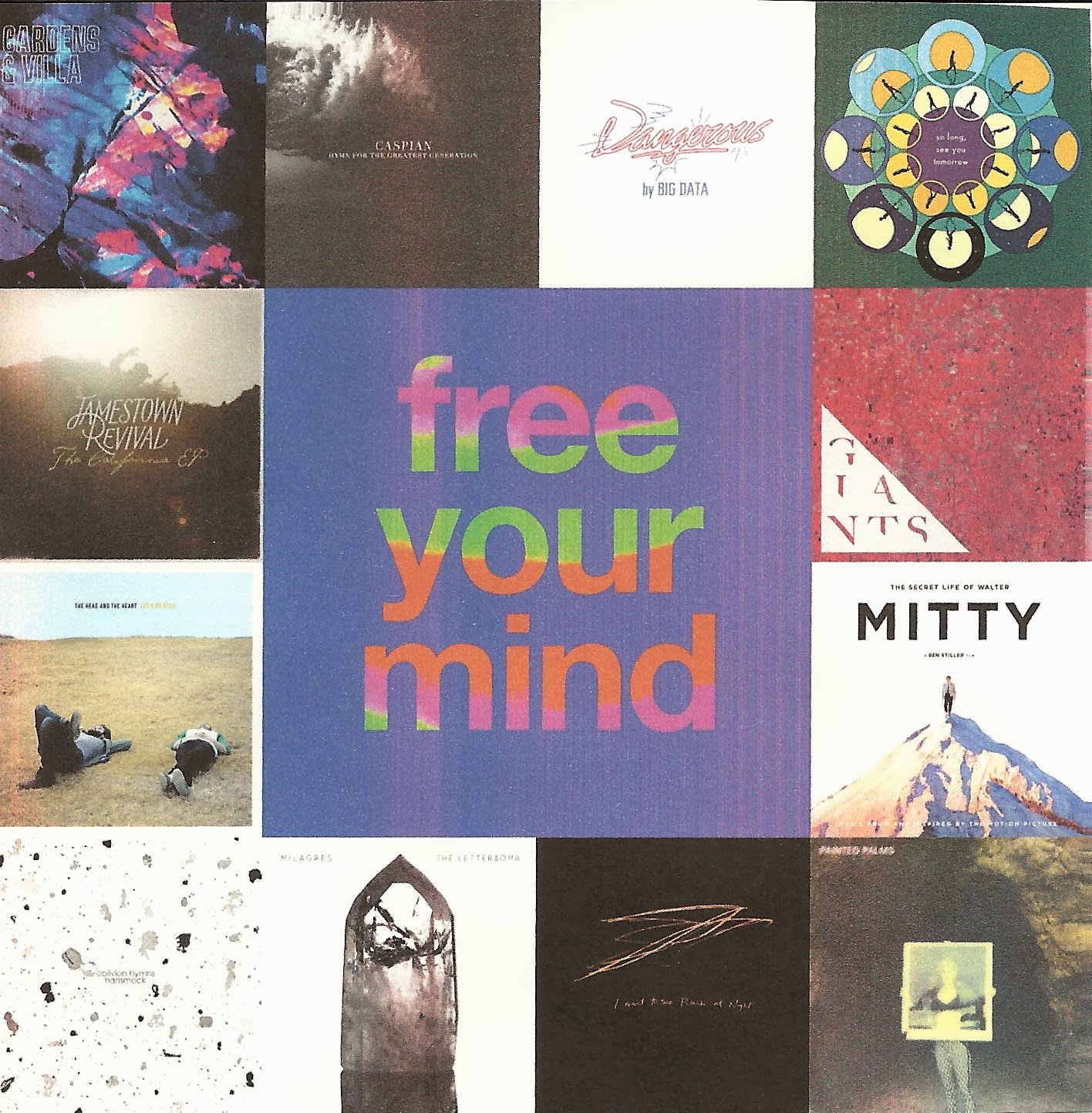 The ground hog seems to have definitely gotten things right – winter continues with a vengeance for those who are accustomed to such weather or not (looking at you Southeast!)  Why not use the time indoors to check out new bands like Temples, Big Data and Jamestown Revival, along with new releases from Fanfarlo, Cut Copy, Gardens & Villa, Bombay Bicycle Club and more.  As always, the playlist ends in a chill out mode thanks to tracks from Caspian and Hammock.

1. "Free Your Mind" – Cut Copy
Australian synth pop quartet Cut Copy has released its fourth album since 2001, with songs promoting the concept of individual freedom. “Free Your Mind” is the title track and single for the collection, using swirling layers to connect the power of positivity embedded in this dance tune.

4. "Dangerous"  – Big Data
Big Data is an electronic pop duo (Daniel Armbruster and Alan Wilkis) that uses music as a message to rail against user privacy and other perils of the internet age.  “Dangerous” is a solid pop single from the debut EP, I.O. – EP.

6. "Tourniquet" – Jeremy Messersmith
Messersmith is a prolific singer/songwriter based in Minneapolis, Minnesota. With an unusual analogy for a love song, “Tourniquet” is a quirky but catchy tune off Murmurs, his fifth album since
2006.

8. "Red Eyes"  – The War On Drugs
“Red Eyes” is the single off the third album since 2005, Lost In the Dream, by Philly indie rock quintet The War On Drugs. The band’s signature wall of sound via guitars brings an epic jam, for almost five minutes of group swagger.

10. "Giants"  – Bear Hands
This Brooklyn indie electro quartet released “Giants” as a stand alone single. With the wavering synths, melodic guitar lines and punchy vocal delivery, the song is instantly memorable yet ready for many a replay.

12. "Step Out" – José González
José González of the Swedish band Junip contributed three songs to the soundtrack of The Secret Life of Walter Mitty.  For “Step Out” he embraces a cinematic approach to his indie folk songwriting, expanding the music palette with orchestral instrumentation and multi-generational vocals.

13. "Luna" – Bombay Bicycle Club
“Luna” is the single from So Long, See You Tomorrow, the fourth album by England’s indie rock band Bombay Bicycle Club since 2005.  The song features singer Rae Morris as a female counterpoint to Jack Steadman’s vocals, amid a swirling soundscape over tabla and mallets in a worldview of percussion.

15. "Pulaski at Night" – Andrew Bird
Singer and multi-instrumentalist Andrew Bird recently released a seven song EP, I Want To See, based on this wistful tune referencing his home base of Chicago.  His distinctive, laid back vocals float easily over the eclectic musical arrangement.

16. "Hymn for the Greatest Generation" – Caspian
Caspian, an instrumental post-rock band since 2004 from Beverly, Massachusetts, had to regroup after the sudden, unexpected death of bass player Chris Friedrich last summer. The group went on with the tour in supporting a new EP, Hymn for the Greatest Generation. This title track opens the collection that now has even more depths of emotion.