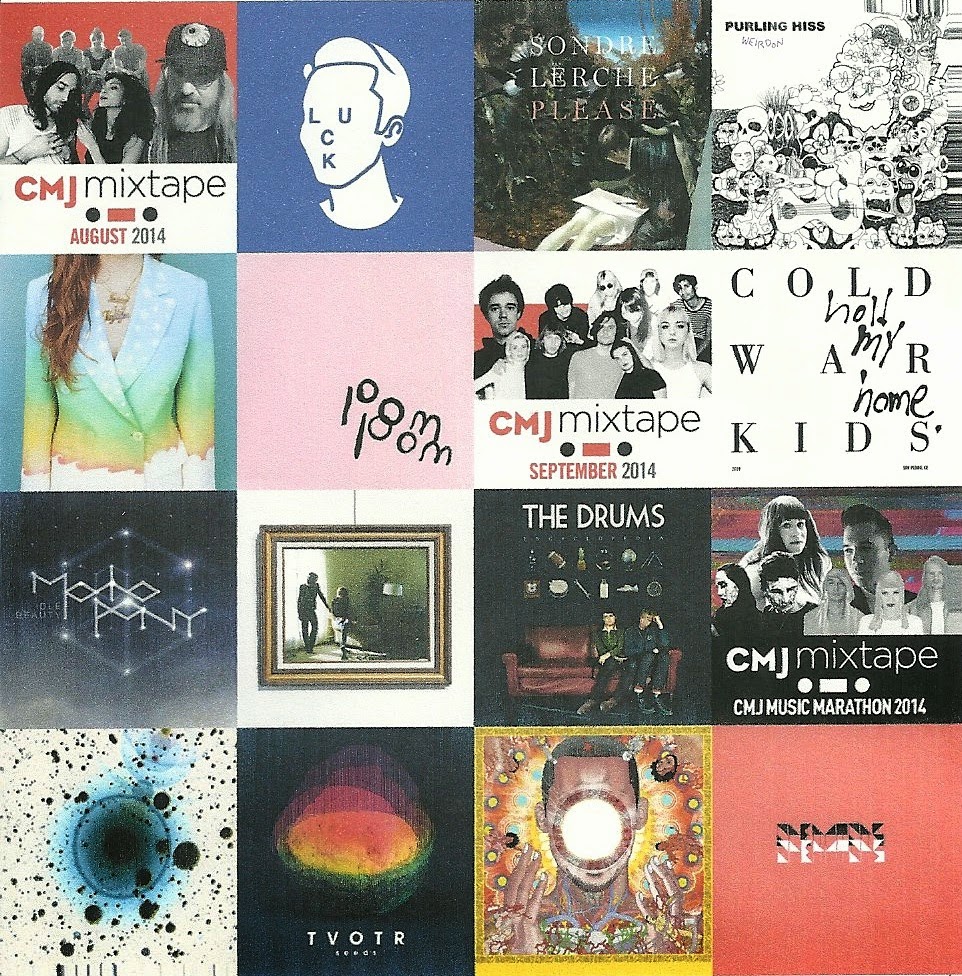 Catch up with recent releases here – piles of colorful new music to rake up and add to this fall’s soundtrack.  Bands such as Motopony, Bear In Heaven and Foxygen offer songs from solid follow-ups, while music scene stalwarts TV on the Radio and Cold War Kids return to drop more tunes into a vast archive. Solo artists Sondre Lerche, Ariel Pink and Jenny Lewis also appear on the playlist along with Dan Boeckner’s new band Operators. It’s a harvest to behold, so listen here and enjoy!

1. “Time Between” – Bear In Heaven
Brooklyn-based indie rock quartet Bear In Heaven just released its fourth studio album since 2003; Time Is Over One Day Old. “Time Between” offers a mix of handclaps, heavy percussion and pulsating synths layered with singer (and founder of the band) Jon Philpot’s seductive crooning.

2. “Kiss Me Again” – The Drums
The Drums is the musical project of childhood friends Jonathan Pierce and Jacob Graham, now living in Brooklyn.  This indie pop confection, “Kiss Me Again,” is off their third studio album since 2005, Encyclopedia.

3. “Bad Law” – Sondre Lerche
Norwegian singer/songwriter and multi-instrumentalist Sondre Lerche has added life experiences such as divorce to his sunny singing, allowing dissonance and expressive word play. “Bad Law” is the single from Please, his seventh full length album since 2001.

4. “Get Down (Come Up)” – Motopony
Seattle rock sextet Motopony has released a follow up to its 2011 self-titled debut with this solid single “Get Down (Come Up),” part of an EP called Idle Beauty. Singer Daniel Blue brings an out of this world shaman approach to this soulful odyssey.

13. “How Can You Really” – Foxygen
Jonathan Rado and Sam France started band life together at age fifteen in Agoura Hills, CA. “How Can You Really” is the first single from Foxygen’s third album since 2005; … And Star Power, highlights psych pop leanings and over the top musical indulgences.

16. “Brasilia (feat. Giorgio Tuma)” – Populous
Populous is the musical project of Italian producer Andrea Mangia, who returns to this moniker after the side project Life & Limb.  “Brasilia,” the closer for the new album Night Safari (the fourth since 2002), is a multi-layered composition with haunting vocals.