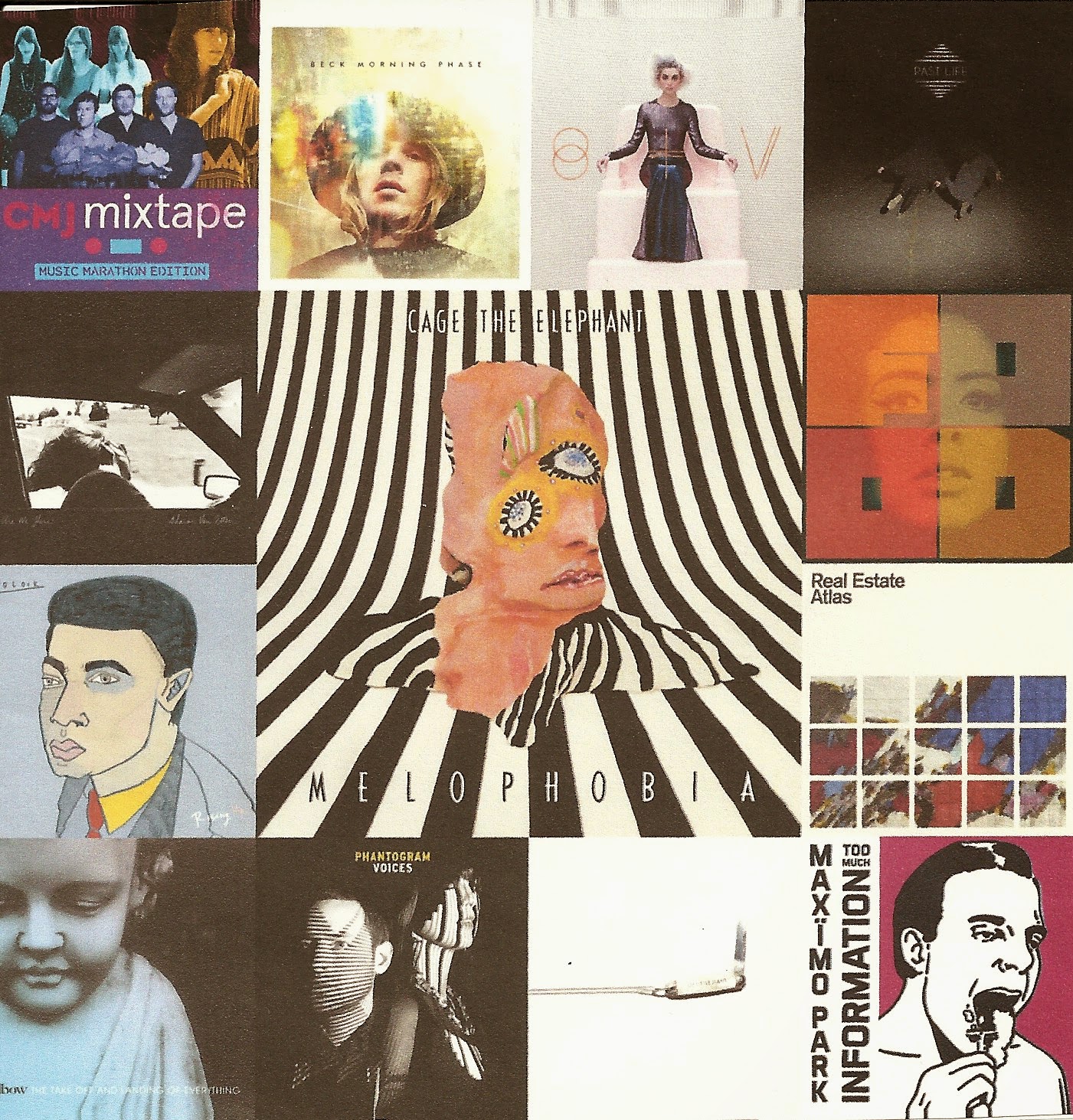 With spring finally making an appearance, there’s plenty of news songs for another playlist thanks to the constant renewal of the music scene. Bands such as Cage the Elephant, Wye Oak and Real Estate are back with album releases along with Future Islands and Lost in the Trees. Female voices abound on this playlist, from Annie Clark of St. Vincent and Kelis, to Courtney Barnett, Sharon Van Etten and Monica Birkenes of Mr. Little Jeans.  Also check out new music from veteran bands Elbow and Maxïmo Park, along with indie heavyweight Beck. Link to listen here, enjoy!

5. “Digital Witness” – St. Vincent
Annie Clark is the mastermind behind St. Vincent, creating songs with a dense musicality, complex instrumentation and multiple meanings.  Hailing from Oklahoma and Texas before touring with The Polyphonic Spree and Sufjan Stevens, Clark has just released a self-titled fourth album with this searing tune about the internet age.

7. “The Tower” – Wye Oak
Jenn Wasner and Andy Stack formed Wye Oak in Baltimore but composed this song for their fourth studio album, Shriek, across the country from each other. “The Tower” brings an expanded music palette to the group’s indie folk sound, as Wasner admits to being newly inspired by learning bass.

8. “Everlasting” – Polock
The quintet Polock returns with a sophomore album, Rising Up, with an indie pop sound that conjures up comparisons as a Spanish Phoenix. The song “Everlasting” sets a festive mood with dance beats galore and crooning vocals by Papu Sebastián.

9. “Drinking Martinis” – Maxïmo Park
This British alt rock quintet was formed in 2000 with a pop sensibility for songwriting as transmitted by singer Paul Smith. “Drinking Martinis” is a wistful rock song about parties of the past from the band’s fifth album, Too Much Information.

10. “Jerk Ribs” – Kelis
“Jerk Ribs is a single from Food, the sixth album from Kelis since 1999.  Raised in Harlem, this singer-songwriter weaves together a 1990s vibe of electro dance, soul, and Afrobeat for a contemporary mix as produced by Dave Sitek of TV On The Radio.

11. “Fall In Love” – Phantogram
This synth pop duo, Josh Carter and Sarah Barthel, write and record in a remote barn in upstate New York. “Fall In Love” is a confident new song with psychedelic musical swirls from the group’s second album, Voices.

12. “Had To Hear” – Real Estate
Brooklyn via New Jersey indie band Real Estate recently released its third album since 2009, Atlas.  As the lead track, “Had To Hear” ushers in the signature laid back, low fi sound awash in hazy vocals and guitar lines.

13. “Past Life” – Lost in the Trees
Lost in the Trees (from Chapel Hill, North Carolina) went from being a sextet to a quartet and discovered a leaner sound for its fourth album, Past Life.  This title track combines a soaring melody over a pulsing percussive foundation that develops with each chorus, until a guitar solo bursts things wide open.

16. “Blue Moon” – Beck
L.A. native Beck returned to the band aesthetic for his twelfth studio album since 1993, Morning Phase, which serves as a sonic bookend to Sea Change (2002).  “Blue Moon” is just one of the lush, contemplative tunes found on this new compilation.

17. “New York Morning” – Elbow
The U.K. band Elbow is back with its sixth studio album since 1997, The Take Off and Landing of Everything. “New York Morning” uses lyrics from a diary written by singer Guy Garvey during a trip to New York City, with his passionate voice expressing the singular view of a wide-eyed visitor.