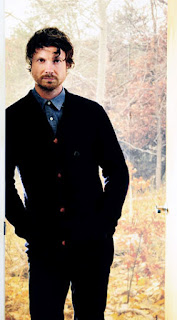 In anticipation of their upcoming album, Old World Romance, indie band Sea Wolf has released a video for the lead off track "Old Friend." The percussive intro instantly intrigues the listener and I've already picked it for my next New Music Playlist. The rest of the album is full of the solid songwriting skills of frontman Alex Church, allowing things to build with time in nuanced arrangements of subdued musical moments.  Church is a California native who first hit the scene as a part of the dreamy psychedelic pop band Irving in 1998, until he began to create home recordings under the moniker Sea Wolf in 2003.

Old World Romance is due out September 11, followed by a tour in support of this fourth collection by the group (see dates below).