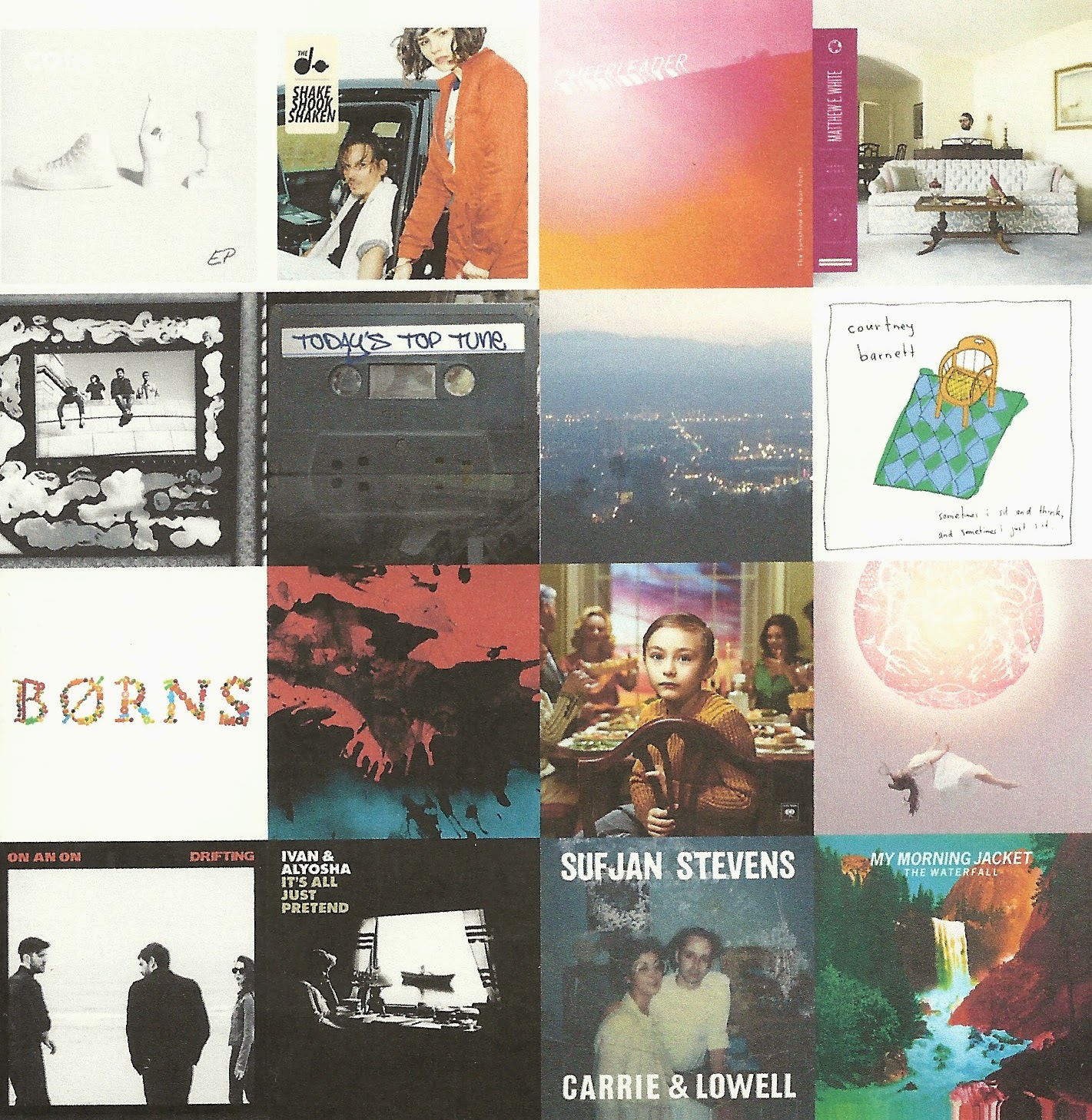 It hardly seems right to call this Late Spring 2015 New Music Playlist when here in the Northeast, we're still waking up from the crazy, record-breaking winter. Thankfully there are just piles of new
music to be discovered, from SXSW buzz bands BORNS, COIN and Cheerleader, to prolific artists Sufjan Stevens, Zero 7, My Morning Jacket and The Helio Sequence. Australia represents with plenty of songs from down under: Tame Impala, Courtney Barnett, Au.Ra and Twerps. Enjoy new tunes by Passion Pit, ON AN ON, Purity Ring and more in this latest listening session. Listen on Spotify or as a YouTube Playlist.

1. “Run” – COIN
“Run” is the first single off the self-titled debut album from the Nashville quartet COIN. The song is full of indie pop swagger, with a sing-along intro and smooth vocals that build to a catchy chorus.

2. “Lifted Up (1985)” – Passion Pit
Michael Angelakos has another collection of synth pop anthems for his band’s third album since 2007, Kindred. “Lifted Up” is the lead single – all polished indietronica to complement his falsetto delivery.

3. “The Sunshine of Your Youth” – Cheerleader
Cheerleader is a five piece from Philly that uses lyrics to delve beneath the optimistically named songs and moniker. This is the title track to its debut album, with a power pop wall of sound that complements the low-fi vocals.

4. “10,000 Emerald Pools” – BØRNS
Singer/songwriter Garrett Borns has glam-rock looks ready made for the move from his Michigan hometown to L.A. to front a band.  The quintet just released a debut EP, Candy, full of electro rock influences and solid pop hooks.

7. “Big Decisions” – My Morning Jacket
“Big Decisions” is a soaring anthem from the upcoming seventh release from My Morning Jacket, the rock band from Louisville, Kentucky formed in 1998 by singer/songwriter and guitarist Jim James. The quintet recently created enough songs to fill two future releases; the first (due in May) is titled The Waterfall.

8. “Let It Happen” – Tame Impala
This eight-minute single by Australian band Tame Impala features the indulgences of mastermind Kevin Parker, all psych rock and hip indie cool as the musical thread drops out and builds back up. “Let It Happen” was released as a free download and may also appear on an upcoming third album, Currents.

9. “Pedestrian at Best” – Courtney Barnett
Australian Courtney Barnett has just released her debut album, Sometimes I Sit and Think, and Sometimes I Just Sit, after garnering attention with a few EPs. “Pedestrian at Best” is the single from the record, featuring her stream of consciousness style of deadpan delivery over the band, a bare bones quartet.

11. “Sparks” – The Dø
French/Finnish indie pop band The Dø was founded in Paris in 2005 by Olivia Merilahti (singer and musician) and Dan Levy (multi-instrumentalist).  “Sparks” – a pop-laden tune getting plenty of airplay in the U.S. –is on its third album, Shake Shook Shaken.

12. “Push Pull” – Purity Ring
Canadian electronic duo Purity Ring is back with its sophomore album, Another Eternity, embracing a dream pop credo since 2010. “Push Pull” highlights the sweet singing of Megan James amid the swaying synths curated by Corin Roddick.

15. “I Don’t Mind” – Twerps
Twerps is a psych-pop quartet from Melbourne formed in 2008.  This easy-going tune, “I Don’t Mind,” hails from the group’s second album, Range Anxiety.

18. “Drifting” – ON AN ON
Midwestern indie rock trio ON AN ON returns with a second album, And the Wave Has Two Sides. The heartfelt single “Drifting” tackles relationship woes with a restraint that becomes unraveled in song.
Posted by JaneJS at 2:51 PM
Email ThisBlogThis!Share to TwitterShare to FacebookShare to Pinterest
Labels: Au.Ra, BORNS, Cheerleader, COIN, Courtney Barnett, Ivan & Alyosha, Lower Dens, Mathew E. White, ON AN ON, Passion Pit, Purity Ring, Tame Impala, The Do, The Helio Sequence, Twerps, Zero 7
Newer Post Older Post Home