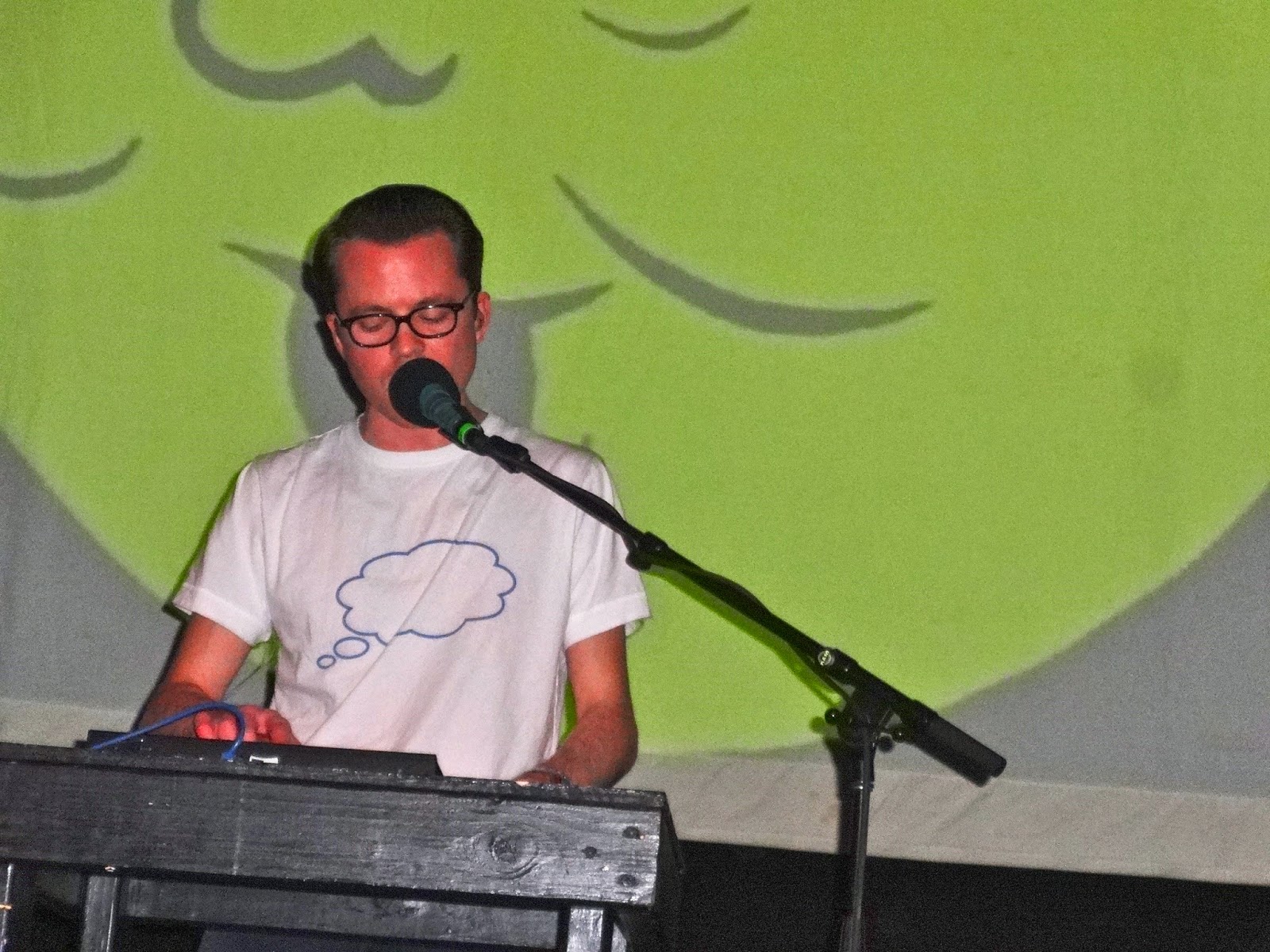 Tom Vek is the stage name of London's Thomas Timothy Vernon-Kell, a self-taught producer and multi-instrumentalist who released a third album, Luck, last fall.  Performing as a electronic one-man band at Rough Trade on a frigid winter night, the beats flew to heat up the crowd in this small venue. His music is all taught layers, with mostly speak-singing for vocals (a woman introduced as Olga joined Vek for a few songs, otherwise he was on stage solo throughout the gig).

The night began with "We Do Nothing" from the 2011 album, Leisure Seizure. This is most likely when I made my acquaintance to the musician, all arty angles with a geeky nerd look behind thick frames. It makes sense that this is a guy who recorded this first collection of songs (2005's We Have Sound) while studying graphic art. He thanked the crowd and asked how they were doing before launching into the rest of the set. Colorful projections were memorable in their simplicity, such as when his face flashed as depicted on the latest album cover art (see photo below). "Chore," the single off of his second album, illustrated the time spent between albums learning more complicated production techniques. Yet the new songs are still heavily influenced by electronica and dance punk, with repeated lyrical lines keeping things in a linear thrust. For example in "You'll Stay," Vek intones, "What I want to say is everything's OK" over and over for a chorus, while a pulsating vibration serves as a percussive base.

Vek thanked the crowd again for coming to see him do his "new thing," saying "It's been fun." He ended with the synths blasts of "Sherman (Animals In The Jungle)," a song that ends up chugging along with images of humans as dancing animals. It could be said for that in the audience too, a nice warm up to returning into the cold outside.  Check out the videos below. 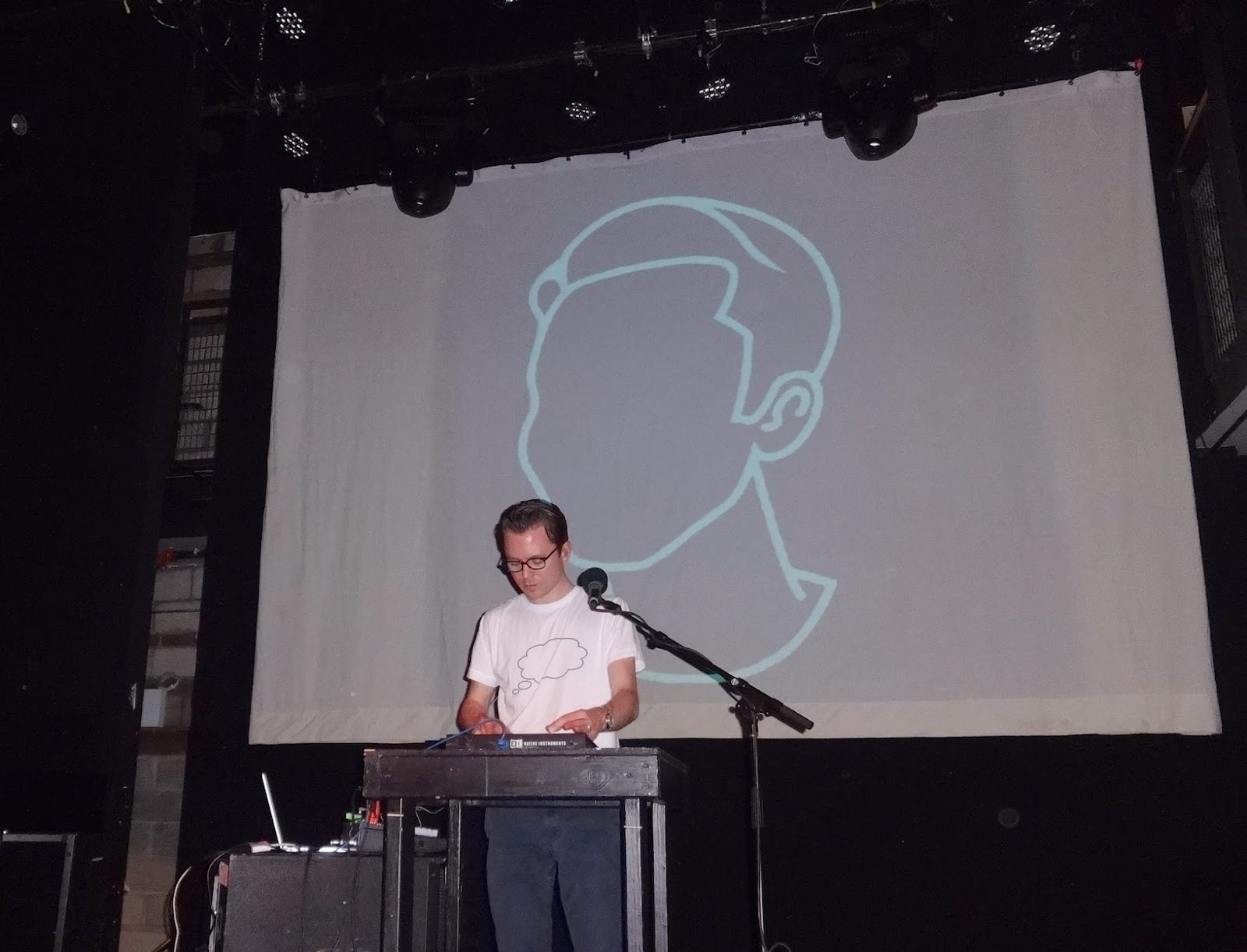