Sometimes you just don't really know a band (or its fans) until you experience things live in a concert setting. Such was the case with Modest Mouse, indie rock stalwarts from the Pacific Northwest since 1995 that burst onto the music scene in 2004 with the crossover hit "Float On."  I'd count myself among the fans not-so-patiently waiting for another studio album since 2009's No One's First and You're Next (containing only B-sides and unreleased tracks), as it's not a coincidence that frontman Isaac Brock's own record label is called Glacial Pace. Tour dates were cancelled last year among rumors about time needed to complete the album, which has yet to appear. So you'd think hitting the road this time around would be a good way to keep the connection going, but no reintroduction needed as a rabid and raucous crowd came out to their show at The Cap on a gorgeous summer's night.

Modest Mouse songs swing from the soothing to the frantic, all infused with a seething underbelly via Brock's lyrics and a vocal attack that breaches into speak-singing. His nomadic upbringing in Montana, Oregon and Washington included polar opposites of hippie communes and a Christian religious sect. Brock is still searching, clearly not sure if there are any answers. The opening number from 2004's Good News for People Who Love Bad News, "The Good Times Are Killing Me," sweetly mocks his own drug use. (Thankfully Brock was looking extremely fit in a dress shirt covered in a cactus pattern, with boyish bangs that became plastered with sweat as the set continued). The stage was covered with equipment, instruments and nine musicians, who allowed the music to become as unhinged as the audience that filled the venue. Brock switched from guitar to banjo  as needed and checked in with everyone with an occasional "How y'all doing?" He confessed to slamming a finger at 4 am, chocking it up to the fact that if you're up at 4 am, then "Shit happens." 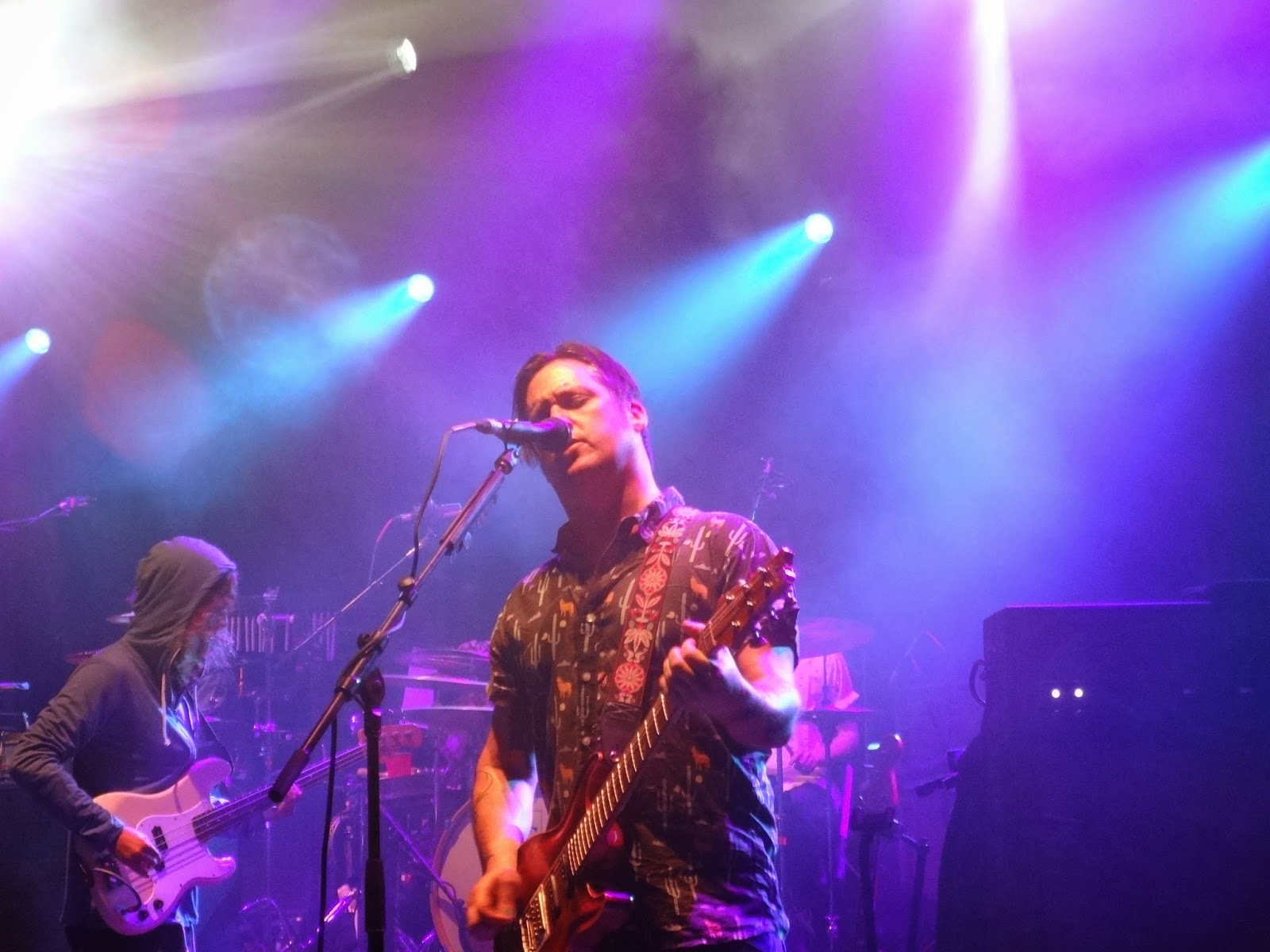 The band brought out "Confessional" early in the set, kicking up the intensity of this instant party tune from 2007's We Were Dead Before the Ship Even Sank.  A new song slipped in afterwards, creating a honky tonk vibe with Brock barking "Be Brave," along with two more later on, flirting with old school Rockabilly in "Sugar Boats" and a wavering rocker "Pistol." And with so many shows utilizing busy backgrounds projected on scrims plus other stage props, the straight up light show of colorful streams was something to be appreciated. However I waited till the end for my moment to finally hear and sing along to "Float On," but that was not to be. There were plenty of sing along moments, from "Fire It Up," to "This Devil's Workday" and especially the repeating line, "Are you dead or are you sleeping?" in "Satin in a Coffin." But not witnessing the biggest hit and my introduction to the band left me wanting -- along with that next studio release. Check out some pics, videos and set list below. 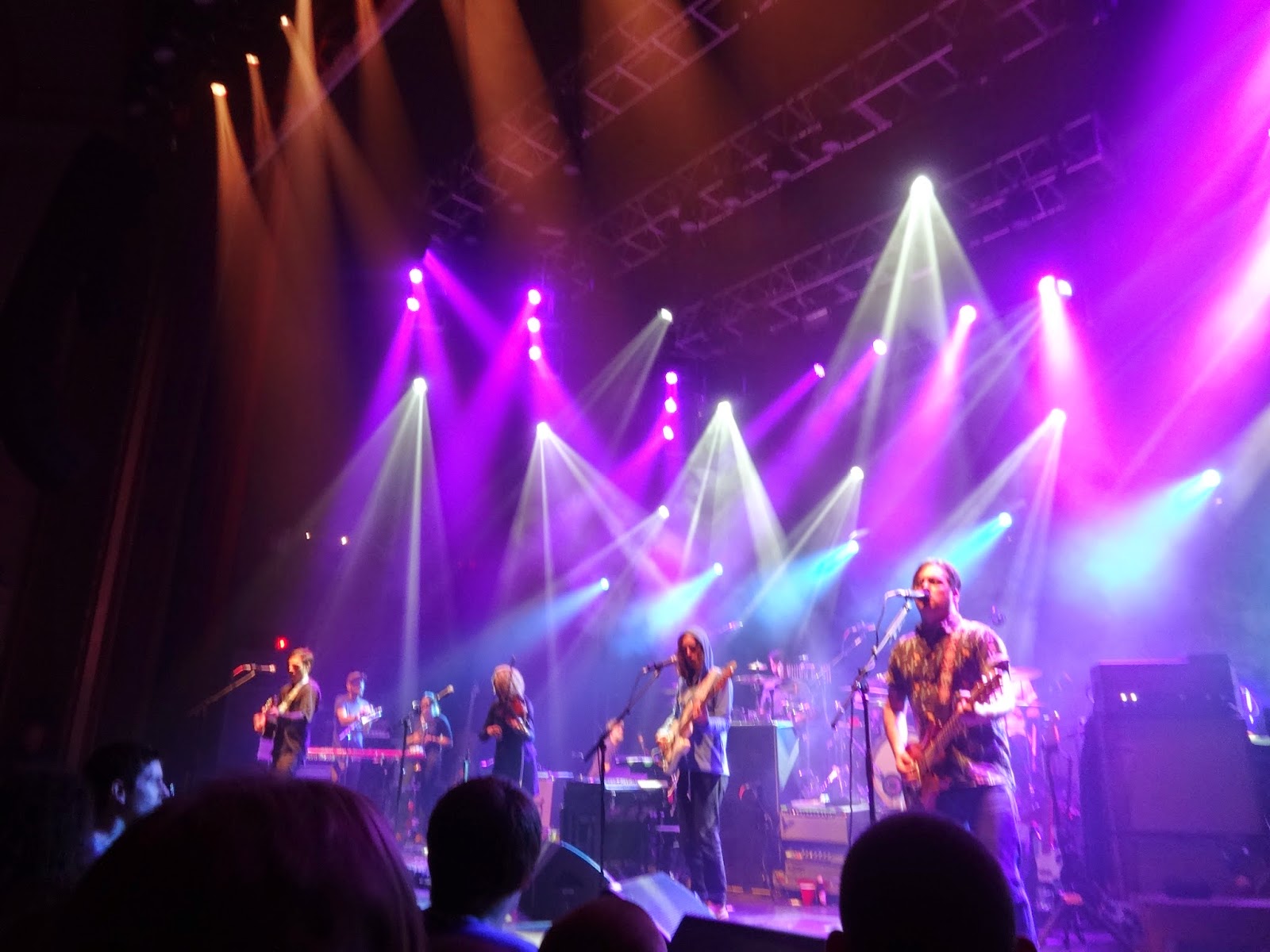 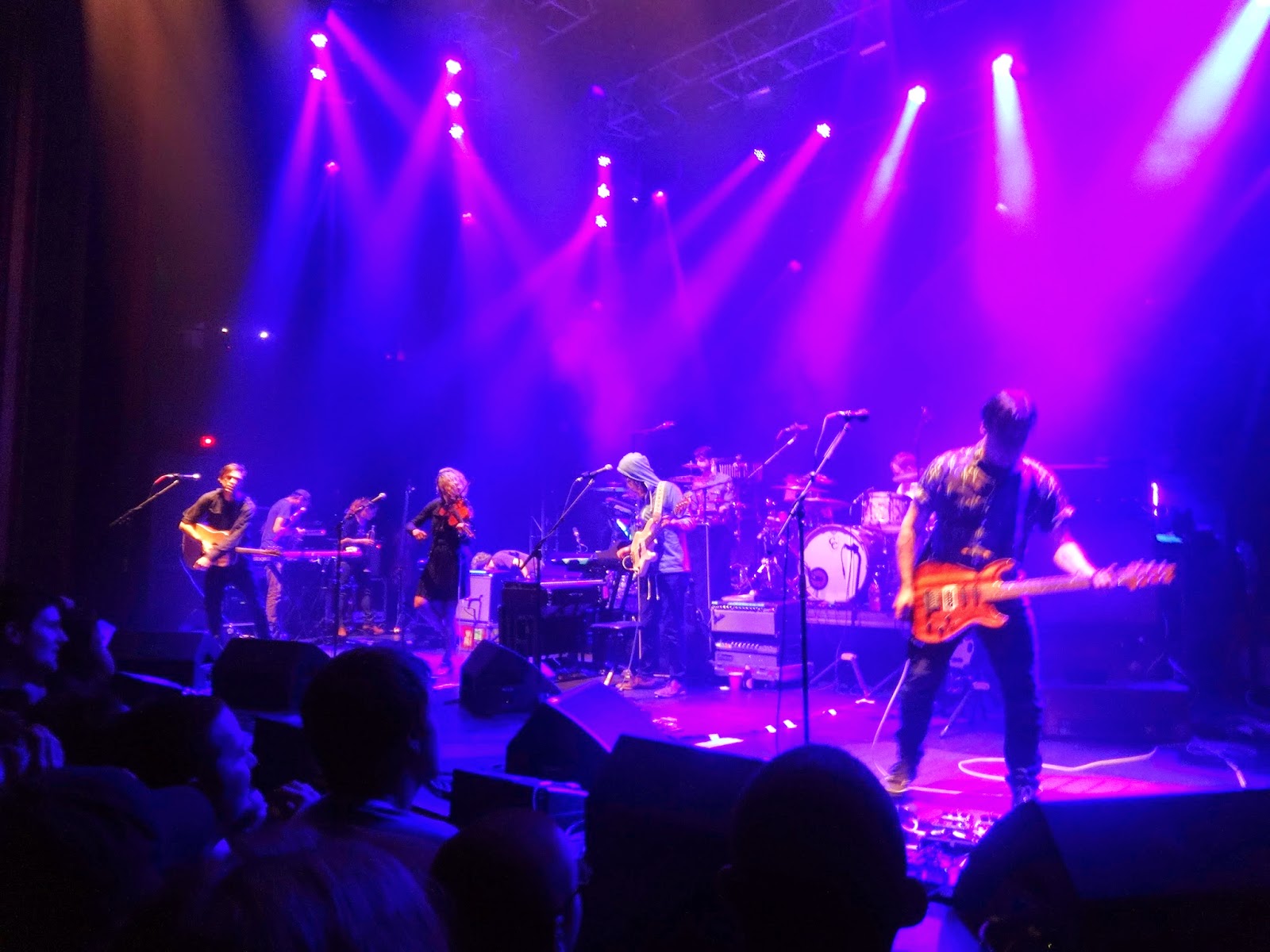 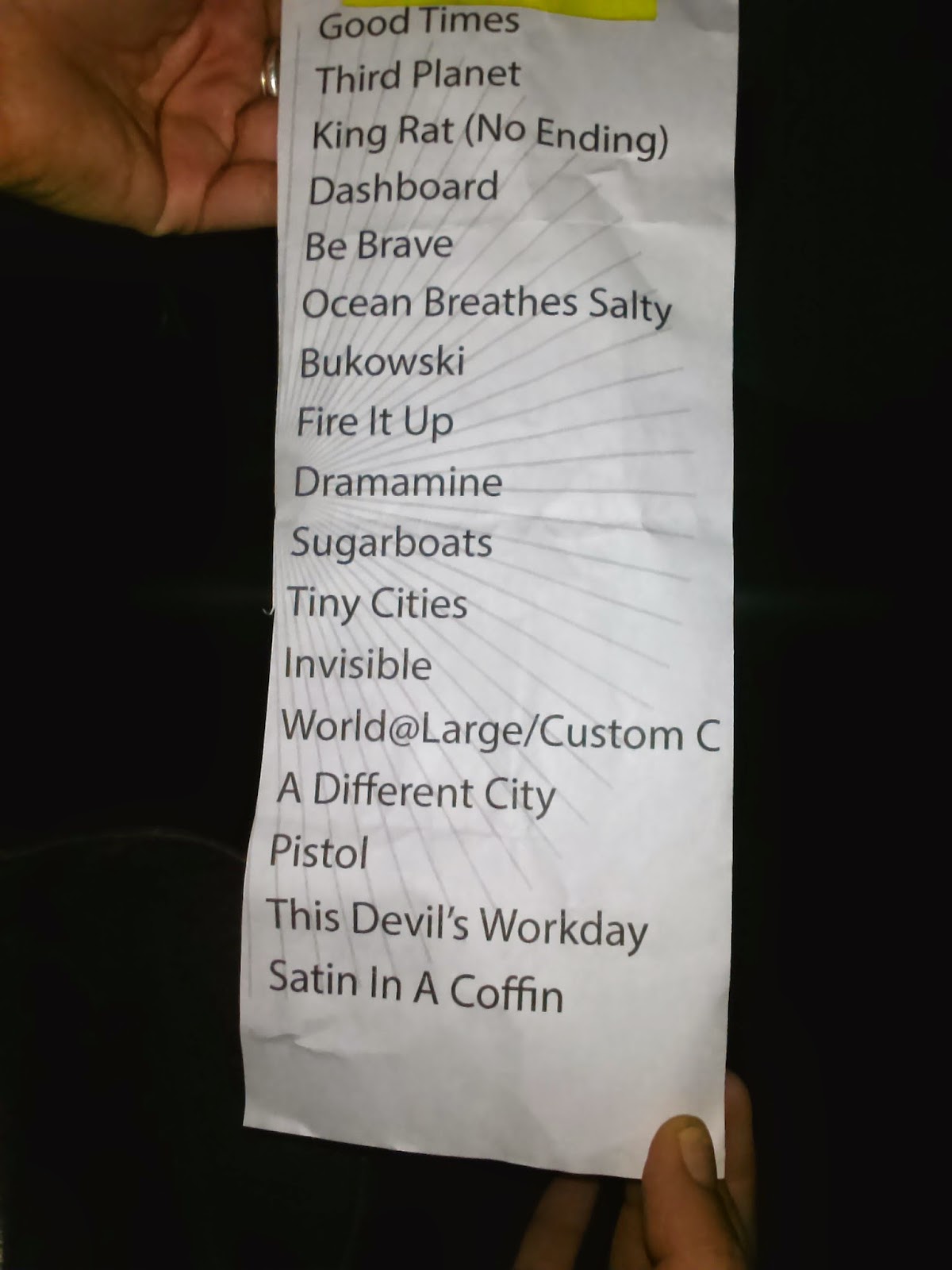