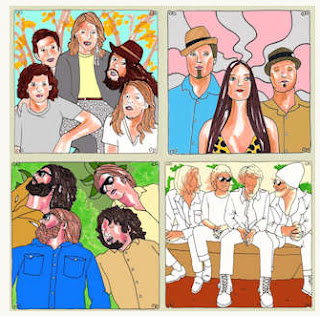 Daytrotter is providing its own Coachella buzz with a playlist of performers in the lineup for both weekends: April 13 – 15 as well as April 20 -22, in a new double dose experiment for the annual California desert festival.  (I'm looking forward to catching as much of the webcast as I can on the Coachella Youtube channel here, why not go ahead and subscribe now?) This feature by “Mr. Daytrotter” introduces everyone on the bill, a true testament to the Daytrotter mission which captures worthy bands in stripped down, live sessions.  This listening opportunity of 34 songs lasts over two hours and of course hearing just one song invites further exploration Daytrotter style, with full set offerings lurking right on the website.

And FYI a monthly subscription to all things Daytrotter is a measly $2... such a bargain!